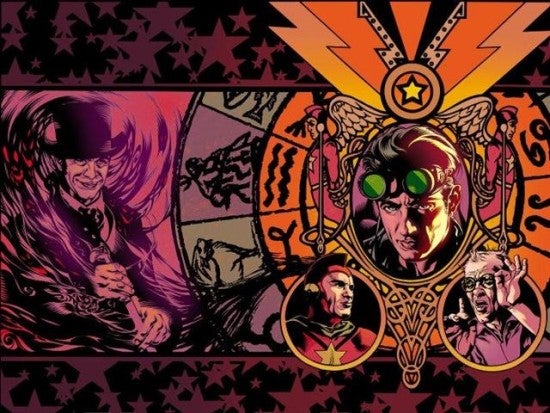 It's a golden age for superhero movies and television; by the year's end, two of the top five movies at the domestic box office will be superhero adaptations, and three of the top twenty. Over the next few years, the Marvel Cinematic Universe will continue expanding into cool and unexpected directions while the DC Cinematic Universe finally begins to become a reality and--I cannot say this enough times--Batman and Superman will share the big screen for the first time in 2015.

TV isn't bad, either--Agents of S.H.I.E.L.D. is, in spite of not having met some rather unrealistic expectations, one of the year's biggest new TV dramas and Arrow continues to be one of The CW's standard-bearers, plus a barrage of new shows from DC and Marvel are on the way starting in 2014.

So while it seems it's pretty easy to get your project developed right about now, there are some really cool ones that come up in conversation only to be immediately shot down as "basically impossible." What are a few of our favorites? Well... 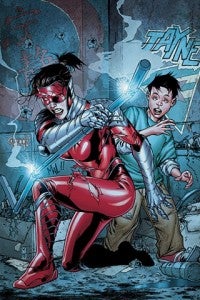 Why it would be awesome: Marc Andreyko crafted a compelling character, a great supporting cast and built some really cool mythology.

Why we'll never see it: It's far too steeped in DC mythology, some of which the company is no longer eager to embrace. Probably the best we can hope for is that she'll get to become a player on somebody else's TV series.

Why it would be awesome: It's one of the best superhero stories told in the last twenty years, and it did so by embracing an almost televisual aesthetic. The first storyline of Robinson's Starman could be a terrific story to adapt, and the way it plays with life and death, history and family could make it something more than most superhero adaptations.

Why we'll never see it: It really works best as a whole. It should be a TV series, not a movie, to take advantage of Robinson's uber-arc...but nobody is going to want to spend the kind of money to make it work for something with limited licensing appeal.

Why it would be awesome: Ben Grimm is the most relatable and compelling member of the Fantastic Four, and as often as not his solo adventures have been as much fun as anything the team book has to offer. Also, if done right, he could look awesome onscreen.

Why we'll never see it: He's part of the Fantastic Four, and that's really how people know him. Separating him from that would be nearly impossible, and that's before you take into account that you'd have to give him an origin. 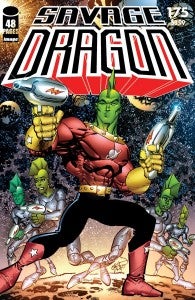 Why it would be awesome: Savage Dragon is just a great-looking character, and the world he inhabits is really visually interesting. Add to that the fact that you can plop your viewers right into the action--it starts when your main character is inexplicably found in the middle of a massive inferno--and you've got the makings of a stylish and visually-striking superhero movie.

Why we'll never see it: Like many smaller comics, it's got a fairly limited built-in audience, so anything you do with the property would be taking a chance. Unlike many of those, Dragon demands a real budget. After all, you can't make a Savage Dragon/Overlord fight on the same budget you can show Katchoo beating up a dirty cop in a Strangers in Paradise movie.

Why it would be awesome: This gem by Keith Giffen, J.M. DeMatteis and Joe Abraham was one of the earliest of Boom! Studios's great offerings, and almost became a TV pilot at one point, although the project never really seemed to get past the "somebody bought the rights" stage (as is so often the case with smaller titles).

It featured a spin on Captain Marvel (Shazam), in which a young man on a school field trip meets up with a wise and powerful wizard and is granted the ability to transform into a superhero. He rises to prominence as the most powerful and influential hero on his world--until it's destroyed and he's catapulted to ours, where he finds there are no superheroes and the version of himself found in this reality is a slacker who missed that fateful field trip altogether to go see a movie. When the villain who destroyed his world comes gunning for ours, the hero has to marshal his limited resources to repel her.

Why we'll never see it: We're in an age of superheroes being taken really, really seriously and at a minimum, that would have to change for Hero Squared to make it to other media.