It's a busy time of year for television. Series are coming to their season finales and news of new series pickups and established series renewals are coming at a fast pace. Among all the other news – including news that Agents of S.H.I.E.L.D. and Arrow having both received renewals - five new series based on comics have been picked up for Fall 2014. Here's what you can expect to see being adapted from comic book page to the small screen this fall. Gotham To very little surprise, Fox officially picked up the Batman prequel series Gotham for a full season. Though set it in a different time period, the series is expected to take cues from the fan favorite comic book series Gotham Central. Gotham will center on a young Jim Gordon, played by Ben McKenzie. The show also stars Donal Logue as Harvey Bullock and Jada Pinkett-Smith as mob boss Fish Mooney, among others. The show will feature a young Bruce Wayne and will show the early days of many of Batman's villains. We already know that younger versions of Catwoman, Poison Ivy, the Riddler and the Penguin will be making appearances in season one, but showrunner Bruno Heller has already hinted that the show may take a stealthier approach in introducing other Batman rogues, including the Joker. 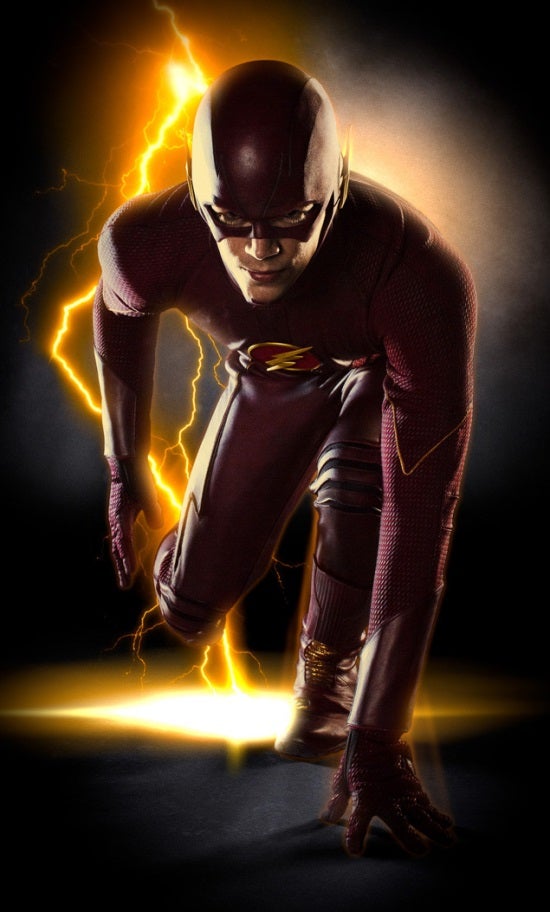 The CW officially picked up the Arrow spinoff series The Flash. The series will star Grant Gustin as Barry Allen, who gains super-speed after a freak lab accident. The Flash was originally supposed to get a backdoor pilot on Arrow, but Gustin's appearance as Barry Allen during Arrow's midseason finale received such positive feedback from fans that the network deemed the backdoor pilot to be unnecessary and went to work on a full pilot instead. In addition to Gustin, The Flash will also stars Carlos Valdes, Danielle Panabaker, Jesse L. Martin, Rick Cosnett, Candice Patton, Tom Cavanaugh, John Wesley Shipp, Michelle Harrison and Patrick Sabongui. The show is being developed by Greg Berlanti, Andrew Kreisberg, and Geoff Johns. 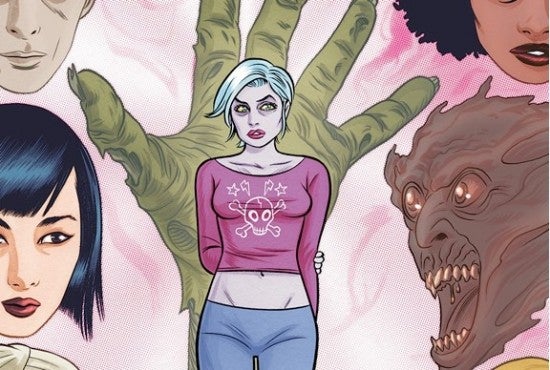 iZombie iZombie has also found a home at the CW for the fall of 2014. The show is based on Chris Roberson and Mike Allred's Vertigo Comics series and is being adapted for television by Veronica Mars creator Rob Thomas. The iZombie comic book series follows a young woman named Gwen who is turned into a zombie and therefore must eat brains to survive. She gets a job as a gravedigger and eats the brains of the dead, inheriting their memories. Additionally, a whole slew of other supernatural creatures begin appearing in the area of Oregon where Gwen lives, including vampires and werewolves. Fans of the comic book series shouldn't get too attached though. Thomas has already said that they're only using the concept of the comic book series as a jumping off point. Most everything else is subject to change. The iZombie cast includes Rose McIver as the lead, Malcolm Goodwin, Alexandra Krosney, David Anders, Robert Buckley, Nora Dunn and Ruhul Kohli. 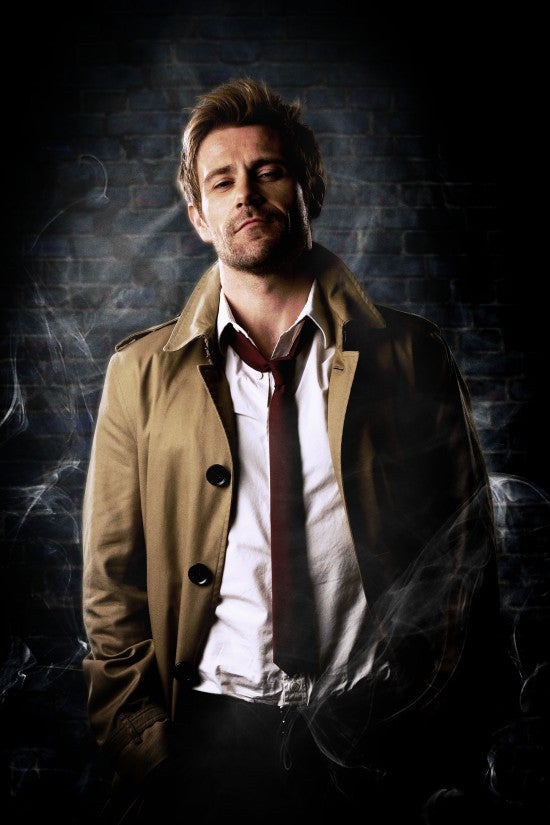 Constantine John Constantine, best known from the Hellblazer Vertigo Comics series, is being brought to NBC  in Constantine. The show star Matt Ryan as the titular street mage who is drug into the war between good and evil when malevolent spirits begin targeting the daughter of a friend. Here's the official synopsis that was released following the official announcement that the show had been picked up:

Based on the wildly popular comic book series "Hellblazer" from DC Comics, seasoned demon hunter and master of the occult John Constantine (Matt Ryan, "Criminal Minds") specializes in giving hell… hell. Armed with a ferocious knowledge of the dark arts and his wickedly naughty wit, he fights the good fight — or at least he did. With his soul already damned to hell, he's decided to leave his do-gooder life behind, but when demons target Liv (Lucy Griffiths, "True Blood"), the daughter of one of Constantine's oldest friends, he's reluctantly thrust back into the fray – and he'll do whatever it takes to save her. Before long, it's revealed that Liv's "second sight" — an ability to see the worlds behind our world and predict supernatural occurrences — is a threat to a mysterious new evil that's rising in the shadows. Now it's not just Liv who needs protection; the angels are starting to get worried too. So, together, Constantine and Liv must use her power and his skills to travel the country, find the demons that threaten our world and send them back where they belong. After that, who knows… maybe there's hope for him and his soul after all.

John Constantine has been adapted before, in the Keanu Reeves Constantine film from 2005, but fans weren't pleased with how different the character looked an acted in the movie, as compared to how he was portrayed in Hellblazer. Constantine seems to be hewing a bit closer to the source material. 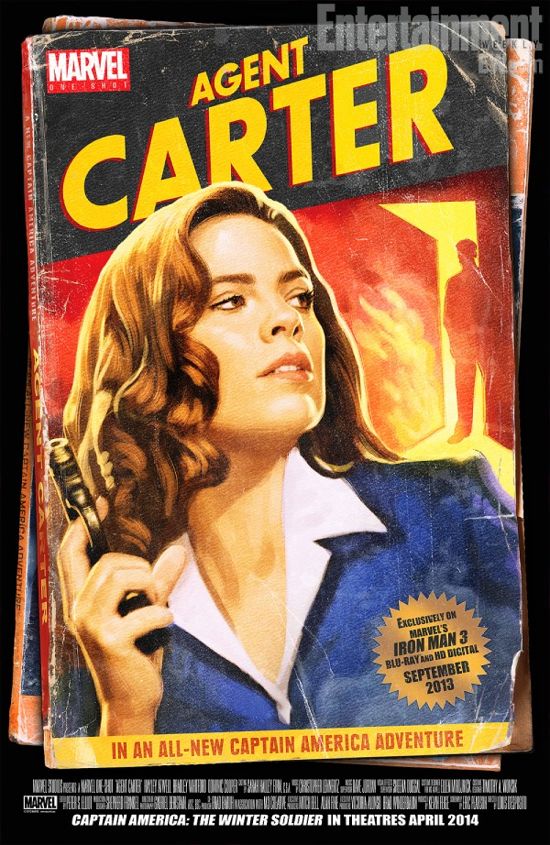 Agent Carter The one new addition to Marvel's television lineup is the Agent Carter series, now officially ordered to series by ABC. The show will be a period spy drama, set before the formation of S.H.I.E.L.D., starring Hayley Atwell as Agent Peggy Carter, Steve Rogers' old flame from Captain America: The First Avenger. Atwell has already reprised the role twice: once in the Agent Carter Marvel One-Shot, and again in Captain America: The Winter Soldier. Here's the show's official synopsis:

"Marvel's Agent Carter," starring "Captain America's" Hayley Atwell follows the story of Peggy Carter. It's 1946, and peace has dealt Peggy Carter a serious blow as she finds herself marginalized when the men return home from fighting abroad. Working for the covert SSR (Strategic Scientific Reserve),  Peggy must balance doing administrative work and going on secret missions for Howard Stark all while trying to navigate life as a single woman in America, in the wake of losing the love of her life – Steve Rogers. Inspired by the feature films "Captain America: The First Avenger" and "Captain America: The Winter Soldier," along with the short "Marvel One-Shot: Agent Carter." "Marvel's Agent Carter" stars Hayley Atwell as Agent Peggy Carter. Executive producers are Michele Fazekas & Tara Butters, Steve McFeely & Christopher Marcus, and Jeph Loeb.

was also renewed at ABC. Crossover between the two seems unlikely given the different time periods, but anything is possible. We do know from Captain America: The Winter Soldier that Peggy is still alive, though not in the best health, in the present day. Keep in mind that there's still plenty of other comic book based television projects in development for years to come, including Preacher, DMZ and Ronin. If things go well in the coming season, comics may take over the small screen the same way they took over cinemas.