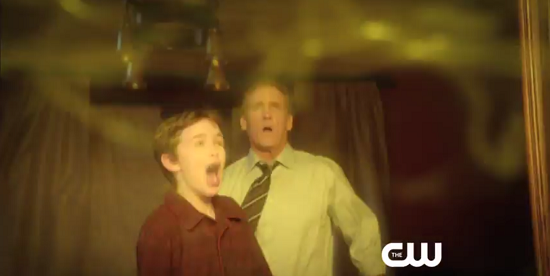 John Wesley Shipp, who played Barry Allen/The Flash in the 1990s iteration of the TV series, will play Henry Allen, Barry's father, in the forthcoming CW Television adaptation of the DC Comics property. While no official announcement has yet been made, and the showrunners have labored to keep the exact nature of Shipp's role in the pilot a secret, the veteran character actor can be seen pretty clearly in the five-minute extended trailer for The Flash, both in Barry's family photo and also standing next to Barry as Nora Allen -- Henry's wife and Barry's mother -- is killed. In the comics, Henry Allen was wrongfully convicted of the murder of his wife and, despite his son's obsession with freeing him, died in prison before his name was cleared. He never lived to learn that his son would become The Flash. In Arrow, we know that he was wrongfully imprisoned for his wife's death but there has not yet been any reference to Henry having died. It could be that it simply didn't come up, or that Henry died during the nine months Barry was in a coma -- or they could be leaving him alive in the series. Executive Producer Greg Berlanti tweeted that the show's pickup meant that "we get to reunite regularly, John." 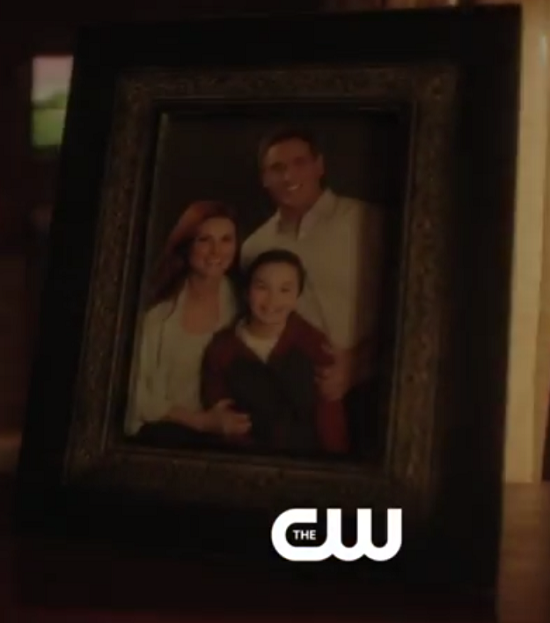 The death of Barry's mother and conviction of his father for the murder was not originally a driving force for his character. Rather, it was invented in the 2009 Flash: Rebirth miniseries that set up Barry to resume the role of The Flash after more than 20 years spent lost in the speed force following his apparent death at the hands of The Anti-Monitor in Crisis on Infinite Earths. The actual killer was the Reverse-Flash, Barry's arch-nemesis and a descendant of Cobalt Blue, Barry's long-lost twin brother. A character named Eddie Thawne has been cast in The Flash as a police officer in the Central City PD, and is widely expected to be connected to the Reverse-Flash and the murder of Nora Allen. As soon as Shipp was cast in the role, fans started to speculate whether he would play a father figure to Barry, either his actual father or Jay Garrick, the Golden Age Flash from the comics whose fictional (he thought) adventures led Barry on the path to becoming a hero.