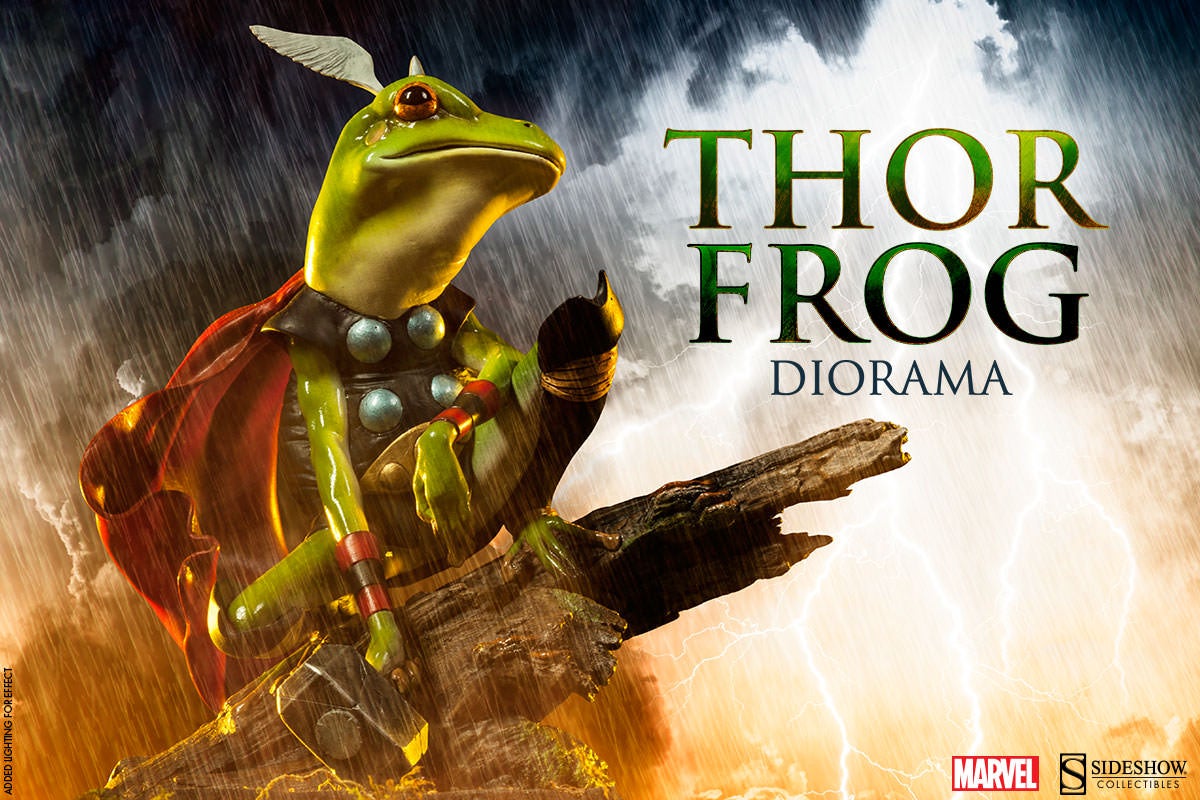 He had the power of the God of Thunder, as well as his hammer. And e'er since, that frog, newly dubbed Throg, uses yon hammer to protect his clan and stands e'er vigilant against any who would threaten them!

Thor and Marvel fans will be delighted to learn that Sideshow Collectibles is offering the Thor Frog Diorama:

Not to be confused with the time Loki turned Thor into a frog, Throg is Simon Walterson (a nod to creator, Walter Simonson), a former college athlete transformed into a frog named Puddlegulp by a wicked gypsy curse. Embodied with the powers of Thor, the unassuming amphibian would become the mighty Frog of Thunder, and a courageous member of the Pet Avengers! Six inches of pure awesome, the fully sculpted Thor Frog comes to life with vibrant colors and incredible detail, wielding his tiny version of the Thunder Gods hammer, Frogjolnir.

The Frog of Thunder would later become a valued member of Pet Avengers. An off-the-wall hero, Thor Frog certainly represents a fun-loving era of Thor comics.