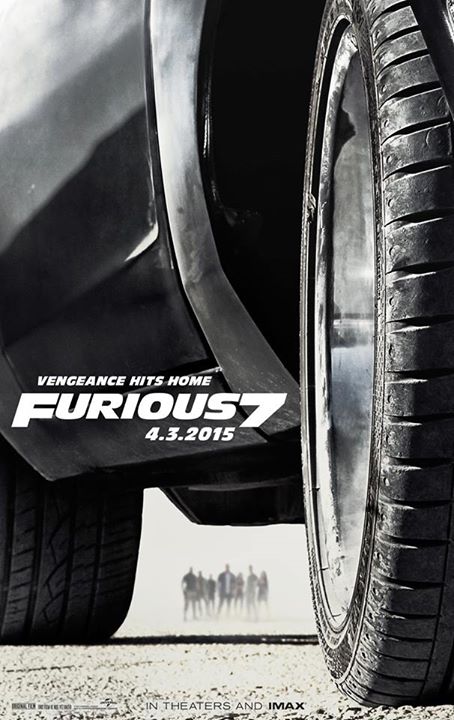 Peeling out of its launch trailer last night, Furious 7 is shifting to the next gear with an official teaser poster.

The film released the poster earlier today on their Facebook page, which continues its buildup to this week's upcoming official teaser trailer. Last night's launch trailer only included clips from the six previous The Fast and The Furious films, with a brief tease at the latest installment.

Furious 7 received its official title last night with the launch trailer. Before that, it was only had the working title of "Fast and the Furious 7." The film is scheduled to hit theaters on April 3rd, 2015.