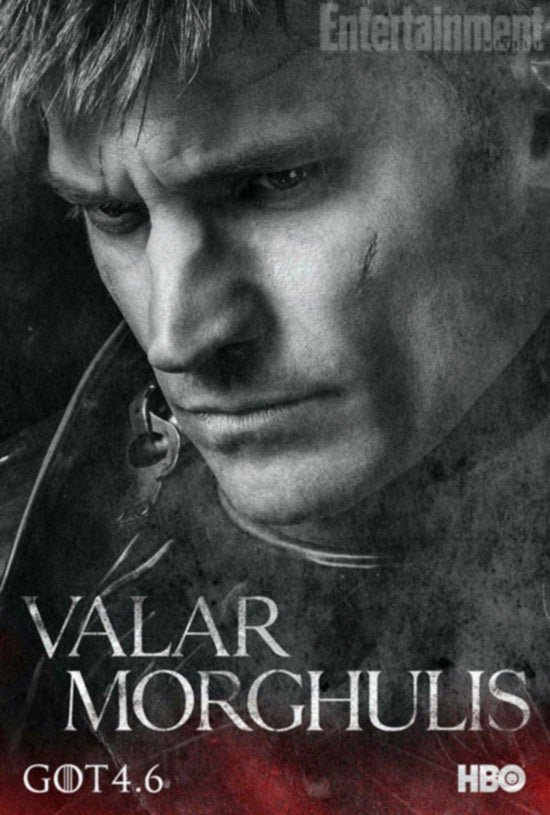 HBO has released new posters (via Entertainment Weekly) for the upcoming fourth season of Game of Thrones.

Each poster features ones of the principal members of House Lannister – Tywin, Tyrion, Joffrey, Cersei and Jaime – along with the words “Valar Marghulis.”

Fans of Game of Thrones probably know that “valar marghulis” is High Valyrian for “all men must die.” That doesn’t seem to bode too well for the Lannisters. 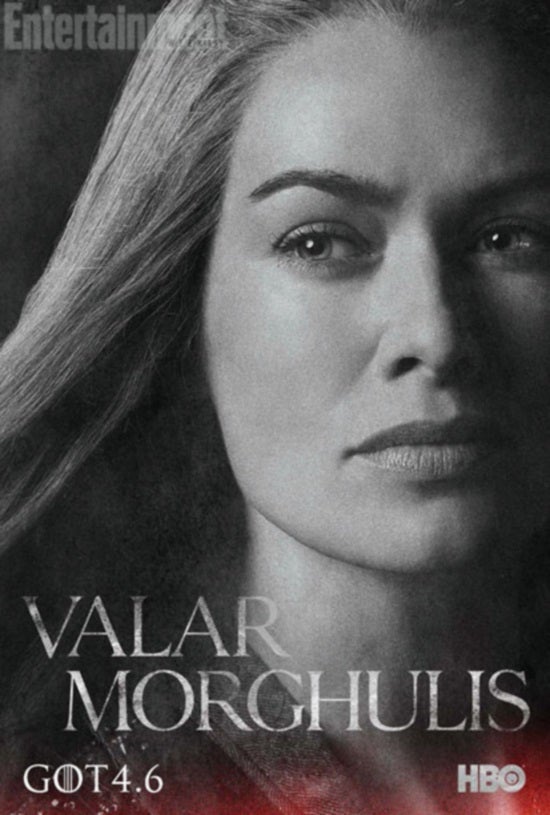 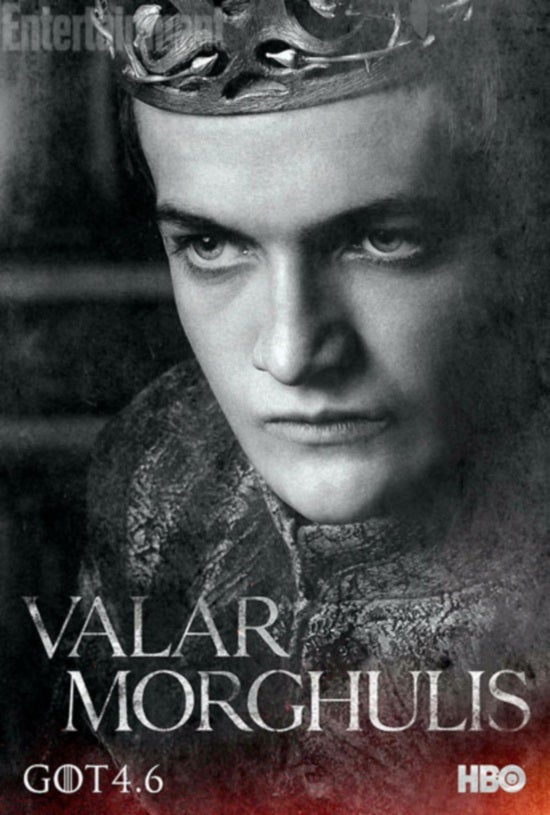 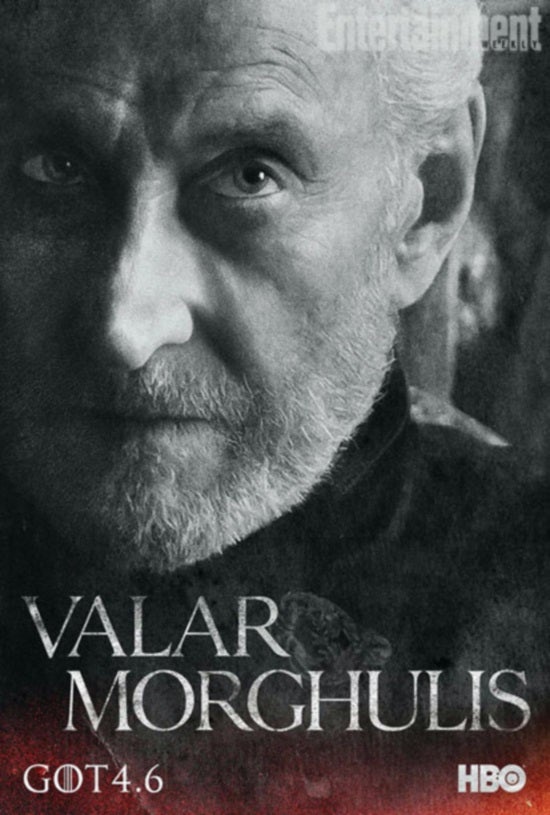 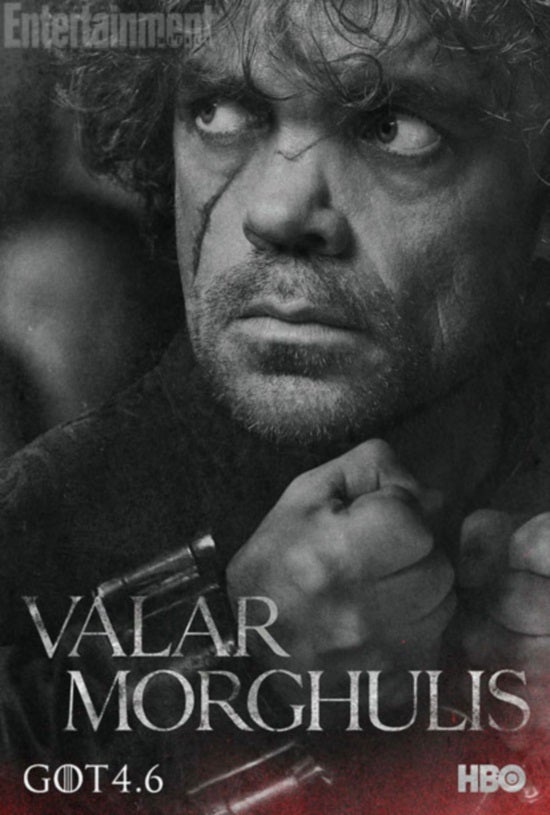