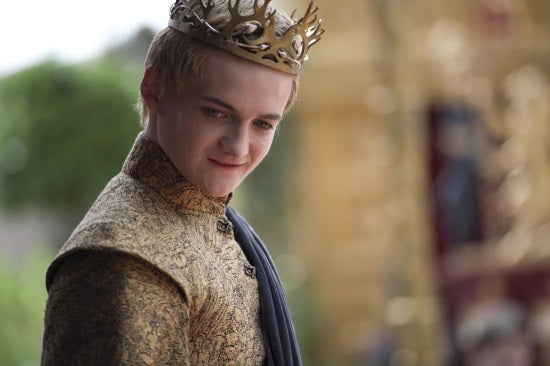 Following the events of the “Purple Wedding,” seen in “The Lion and the Rose” episode of Game of Thrones, HBO has released a “Best of King Joffrey” video online.

Be warned, the video has a spoiler from the episode at the end, but if you don’t know by now then you probably don’t care.

The video is a montage of clips from Joffrey’s best moments and clips of other characters saying kind things about him. It comes out to less than 30-seconds of footage, and pretty much everything said by other characters is sarcastic or simply a lie.

It’s exactly the kind of Eulogy a king like Joffrey Baratheon deserves.

Game Of Thrones Spoilers: The Best Of King Joffrey