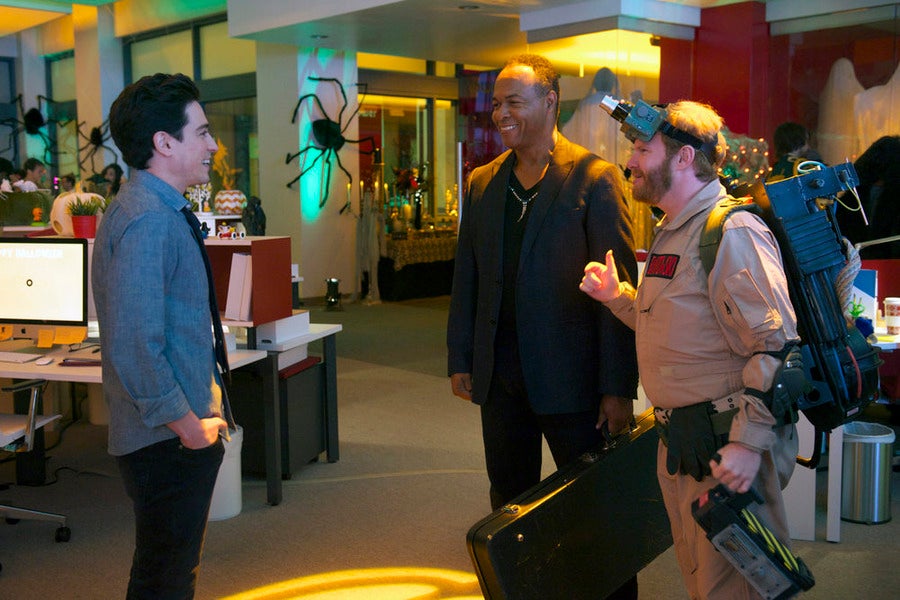 During a new interview at KSite TV in support of his appearance on ABC's A to Z, musician Ray Parker, Jr. was -- perhaps unsurprisingly -- led into talking about Ghostbusters.

The film, for which he wrote the theme song, remains the most identifiable mile marker in Parker's career, and with a third film on the way, it was probably inevitable that it would come up in conversation.

Asked what he'd like to see in the film, Parker joked that he'd like to see himself -- and he didn't care if he was playing an actual character or just making a cameo appearance as himself (there were a few of those in the original Ghostbusters films, of course, including a memorable one by Larry King).

Asked more specifically about the music, though, Parker said that he hoped they would go with the classic.

"I would always be interested in creating music for it, but I hope they use the original song, because that's what I think people want to hear," Parker said. "We should be able to add some more music to it, but you know, what they usually do [is] they get around to music at the last moment for some strange reason. With the very first film, by the time they called me, they were done with the film. I actually want to know who do I call, because I'd like to be in this film!"

Recently, Paul Feig confirmed that he's on board for a Ghostbusters reboot featuring an all-female team of Ghostbusters. Whether original cast members Dan Aykroyd and Ernie Hudson, both of whom have expressed interest in appearing in the film, will be able to do so is unknown. Both actors were expected to appear in a previous iteration of the script scrapped when co-star Harold Ramis passed away and director Ivan Reitman pulled out. The studio has always wanted to assemble the original four Ghostbusters, but with the loss of Ramis and Reitman apparently decided to move in a radically different direction.

You can check out the rest of the interview, including some talk about the original Ghostbusters and his experiences with fans, at the link above.