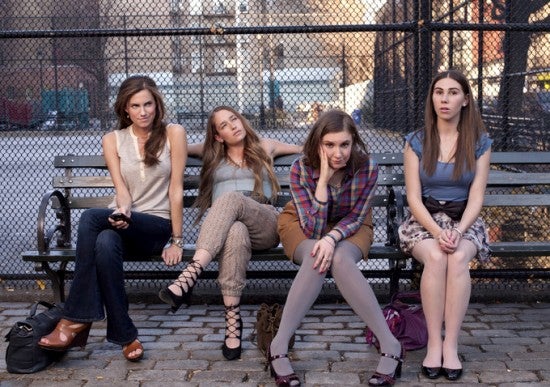 Buried in last night's announcement that Archie Comics Publications had named Roberto Aguirre-Sacasa as Chief Creative Officer was a secondary announcement--that Girls creator and best-selling author Lena Dunham will be writing a project for the publisher in 2015. "I was an avid Archie collector as a child — conventions, first editions that I kept in plastic sleeves, the whole shebang," Dunham said in a statement. "It has so much cultural significance but also so much personal significance, and to get to play with these beloved characters is a wild creative opportunity." The opportunity to work on the Archie characters came up after Dunham reportedly told Star Wars Episode VII director J. J. Abrams and novelist Doug Dorst about her affection for the comics during a conversation at Symphony Space in New York. "You really haven't lived till you've been to an Archie convention," she apparently said, adding that she owned the first-ever Archie publication. According to the New York Times, "The information went from stage, to audience, to text (a friend sent the line to Mr. Goldwater's son), to Archie's publisher, to its new chief creative director, who is friends with Ms. Dunham. "As his first initiative [as Chief Creative Officer], Roberto really brought together the whole Lena project," Jon Goldwater, the publisher and co-chief executive of Archie, told the Times.

Reading Archie comics in bed like the grownup woman I am. — Lena Dunham (@lenadunham) January 26, 2014

She may joke, but it seems to have worked out alright for her. Girls airs Sundays at 10 p.m. on HBO.