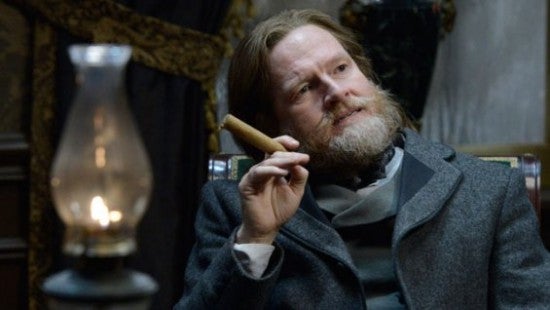 After rumors that he would play James Gordon in the series, fan-favorite actor Donal Logue has been cast as Harvey Bullock in Fox's upcoming Gotham TV series.

Jim Gordon’s partner and mentor, the rough-around-the-edges Detective Harvey Bullock plays loose with police procedure, but he gets results … and he does it with old-school, forceful panache.

Rumors broke back in January that Logue was a favorite to play Jim Gordon in the series, to which Logue responded that he was too old for the role. That sparked a number of fan theories suggesting that maybe he knew enough inside information to talk about Gordon's character with confidence, and days later, new rumors sprung up that he had been offered the part of Bullock. 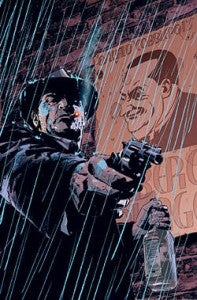 "I wish-would be awesome (but who could top Gary Oldman?)," Logue tweeted when asked about rumors he would play Gordon. "From what I heard, Gotham catches Gordon in his late 20's."

In the comics, Bullock is a character with a long and complex history; he's a great cop and a friend to Gordon in spite of personal failings. Bullock has also been one of Batman's biggest foes on the GCPD, but has not gone to the extremes that others have to apprehend the vigilante. In later years, he resigned from the force and appeared occasionally in Gotham Central, a comic book series with a similar premise to Gotham but set in the then-present-day, as a private investigator.

Based upon characters published by DC Comics, Gotham is a drama exploring the origin stories of Commissioner James Gordon and the villains that made Gotham famous.