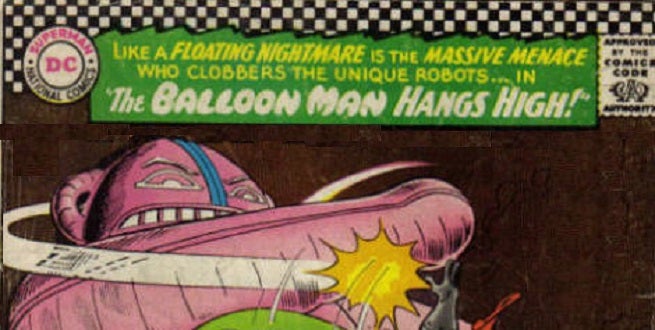 No, not THAT Balloon Man. Still, the official synopsis for October 6's episode of Gotham is now online, and it's called "The Balloonman."

Focusing on a vigilante who is killing Gotham's corrupt, this seems to be setting the stage to answer some of the long-standing questions fans have had about Gotham, such as the question of why villains would go for outlandish costumes and identities if there wasn't a Batman there to pattern their behavior after.

THE SAFETY OF GOTHAM IS UP IN THE AIR ON AN ALL-NEW "GOTHAM" MONDAY, OCTOBER 6, ON FOX

Detectives Gordon and Bullock track down a vigilante who is killing corrupt Gotham citizens by attaching them to weather balloons. Meanwhile, Oswald Cobblepot returns to Gotham and gets a new job close to an influential figure in the underworld in the all-new "The Balloonman" episode of GOTHAM airing Monday, Oct. 6 (8:00-9:00 PM ET/PT) on FOX. (GTH-103) (TV-14 D, L, S, V)