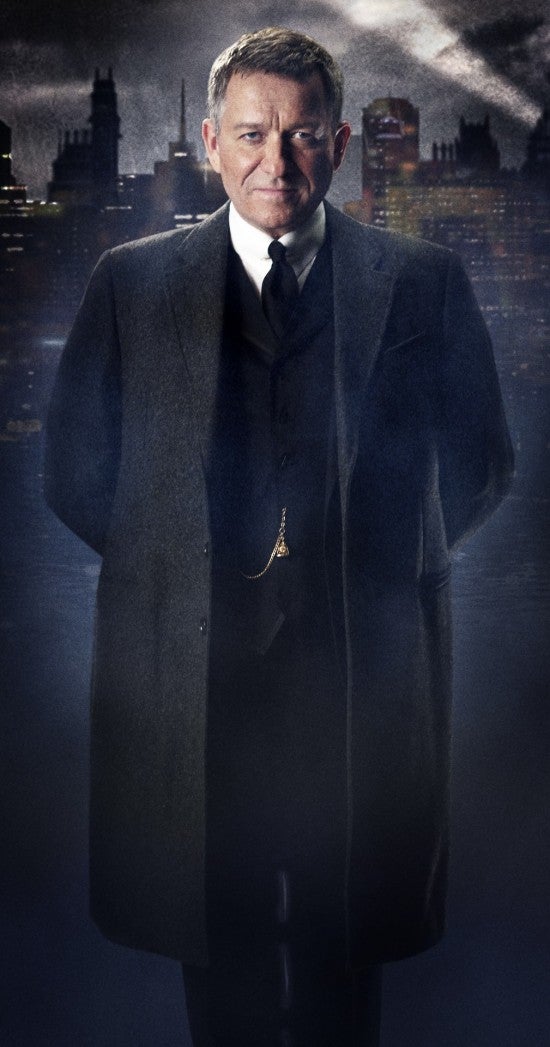 With Jeremy Irons taking on the role on the big screen, it's almost surprising that Fox's Gotham is embracing Alfred Pennyworth as a recurring character...but here he is, in the flesh: Sean Pertwee as Batman's faithful butler/surrogate father in the third official image from the show, which was ordered straight to series after a bidding war in which Fox beat out other networks and Netflix for the right to televise the DC Comics adaptation.

First released on the Gotham  official Tumblr, Fox says, "Alfred Pennyworth (Sean Pertwee – Elementary, Camelot) is a tough-as-nails ex-marine from East London who has loyally served the Waynes. Now, in the wake of their tragic deaths, he’s fiercely protective of the young Bruce Wayne."

They also tell fans to come back tomorrow for another new reveal.