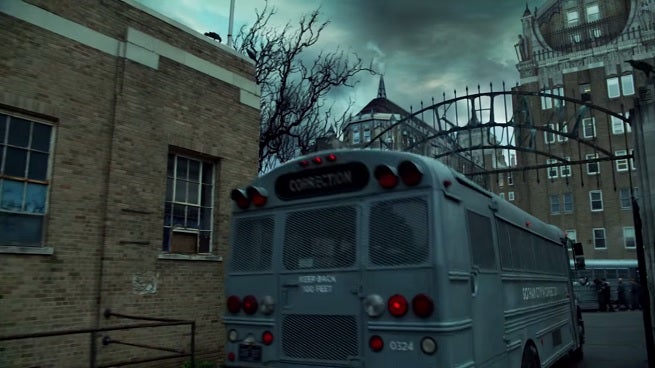 A new interview conducted by Gotham star Ben McKenzie in support of this week's episode, "Harvey Dent," suggests that his character -- Detective James Gordon -- will be either committed to Arkham Asylum or, at a minimum, assigned responsibility for inmates there.

The episode centers on an idealistic young Assistant District Attorney, Harvey Dent (played by guest star Nick D'Agosto), who joins Gordon on his quest to solve the Wayne murders. Dent believes that a man named Dick Lovecraft, a construction magnate with links to the Waynes as well as both Dons Falcone and Maroni.

The pair hatch a plan to catch Lovecraft but it appears as though they fail rather spectacularly...!

"The plan they hatch doesn't necessarily go well -- as things tend to go in Gotham," reveals McKenzie in the video embedded below. "And the repercussions of that, let's just say they put Jim in close proximity to Arkham, very close. And his life for a while is deeply intertwined with Arkham and the insane criminals who reside there." 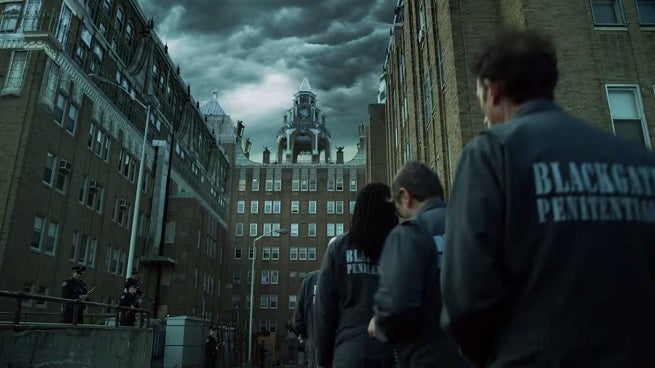 While the comment seems designed to imply that Gordon has been committed, it's equally likely that we'll see him demoted and forced to work there.

It appears from the image seen at right that police in full dress are working the gates at Arkham while convicts are trucked in from Blackgate, a prison in the DC Universe. It seems likely that this is the moment when -- probably so that Maroni, Falcone and Lovecraft can make money off the deal -- prisoners begin to form the criminally-insane ward at the facility.

Gotham: Jim Gordon to Be Committed in Arkham?

AEW's Chris Jericho Reportedly Out For Several Weeks with Injury