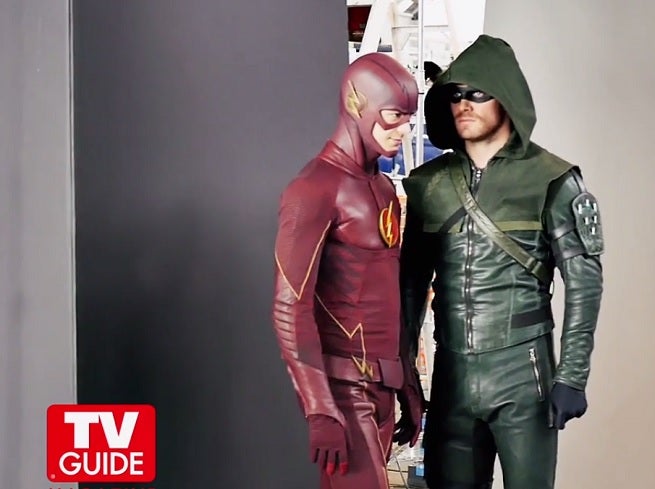 This week's TV Guide features a sneak peek at the crossover episodes of The Flash and Arrow, set to air in two weeks on The CW.

Now, the magazine has released a brief video taking fans behind the scene of the Justice Leaugue-tastic photo shoot with series stars Stephen Amell and Grant Gustin.

You can check it out below. Be aware: there's quite a bit of joking around and having fun. I know some people don't like that in their superheroes...!