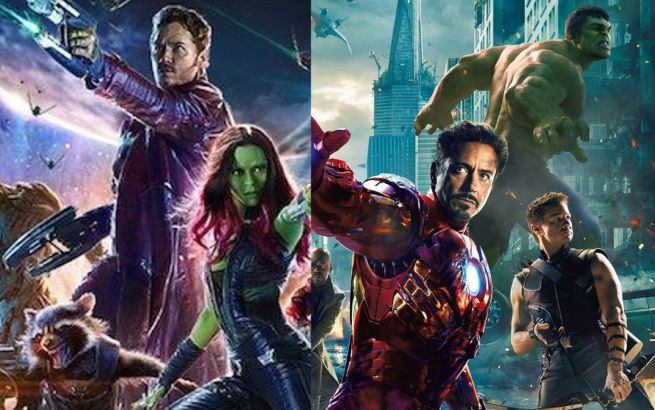 “I thought we were going to have an end credits sequence from like Avengers, ok. We never got it. Cap 2 stole it from us. But that’s fine. We didn’t really have any relationship to the Avengers anyway, so it makes sense that we didn’t get it,” said Gunn.

However, when they didn’t get the Avengers after the credits scene, it left Gunn scrambling to put together a bonus stinger.

“We were trying to cut footage together that we already had to create an ending,” explained Gunn. “And I thought about having Cosmo talk or do something like that. And then Fred Raskin, our editor, said, ‘It’s kind of like Benicio looks over at this box for a minute. We could probably cut something into that.’ And that’s when we came up…and I honestly can’t remember if it was me or Fred…when we came up with putting Howard the Duck in the box.”

Gunn added that they probably initially came up with the Howard the Duck idea as a joke, but Kevin Feige thought it was hilarious, so they wound up going with it.