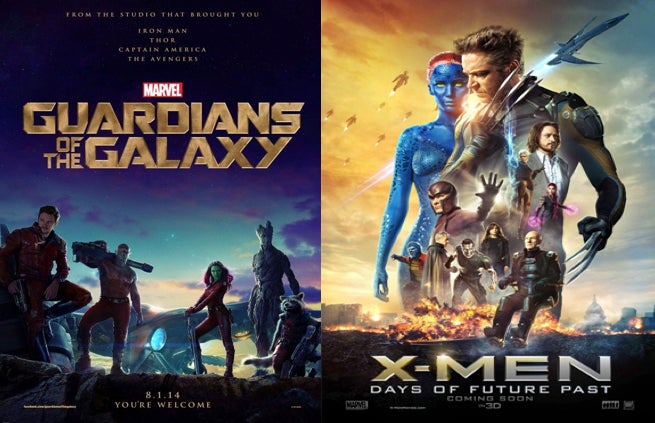 Guardians of the Galaxy and X-Men: Days of Future Past have both received nominations for BAFTA's British Academy Film Awards.

The Awards, seen as the the highest film honor outside the United States, recognized both films for the best Special Visual Effects award. Additionally, Guardians of the Galaxy received a second BAFTA nomination for Best Hair and Makeup.

Guardians and X-Men will go against The Hobbit: The Battle of the Five Armies, Dawn of the Planet of the Apes, and Interstellar for the visual effects award, while Guardians will compete against Into the Woods, Mr. Turner, The Grand Budapest Hotel, and The Theory of Everything for best hair and makeup.

Guardians of the Galaxy has performed quite well this awards season. This week alone it has picked up a nomination from The Writer's Guild and several nominations from the Makeup and Hairstylist Guild.

The winners will be announced at the British Academy Film Awards on February 8th.

Guardians Of The Galaxy And X-Men: Days Of Future Past Receive BAFTA Nominations