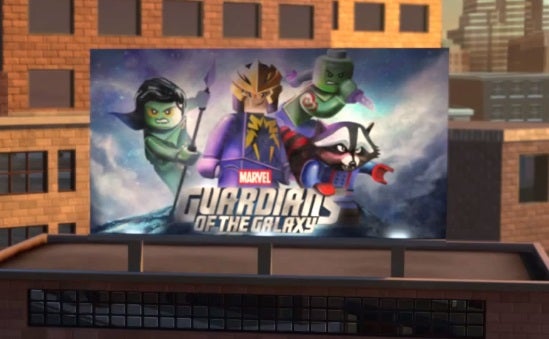 LEGO have announced that a trio of sets based on James Gunn's upcoming Guardians of the Galaxy movie are headed into stores this summer. Since all three sets are based on scenes and characters from the movie, there's no photos available yet (the above is a screengrab from a Lego Marvel video game). Lego is expected to release more information in June. Between now and then, expect fans and reporters to keep their eyes open; LEGO sets are one of the most reliable sources of (vague but accurate) spoilers for big movies recently.