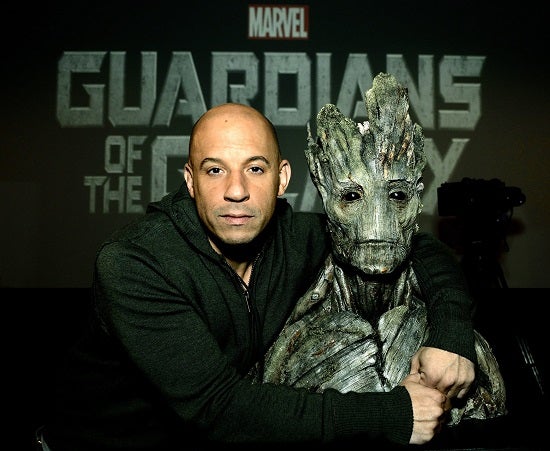 During today's Facebook Q&A with the cast and crew of Marvel Studios' Guardians of the Galaxy, there haven't been any major story, sequel or marketing reveals made...but that doesn't mean the conversation hasn't got interesting.

When one fan asked star Vin Diesel how many times he had to say the iconic line "I am Groot!" to lay down his voice tracks for the film, he gave pretty much exactly the answer Marvel fanboys were hoping for.

"Oh god... maybe a thousand? I don't know," Diesel admitted. "It felt like a thousand. James Gunn and I were having so much with it. So it could've been a thousand. And it was amazing to go in there and to work with someone who wanted to explore the character- we wanted each "I am Groot" to mean something different... It reminded me, as an actor, how much we can do with so little- and if we're passionate about it, good thing can come from it."

Marvel's Guardians of the Galaxy is expected in U.S. theaters on August 1. Keep an eye out the rest of the day for plenty more from the Q&A and, of course, for the trailer coming out of it.

Guardians of the Galaxy: Vin Diesel Said "I Am Groot" A Thousand Times