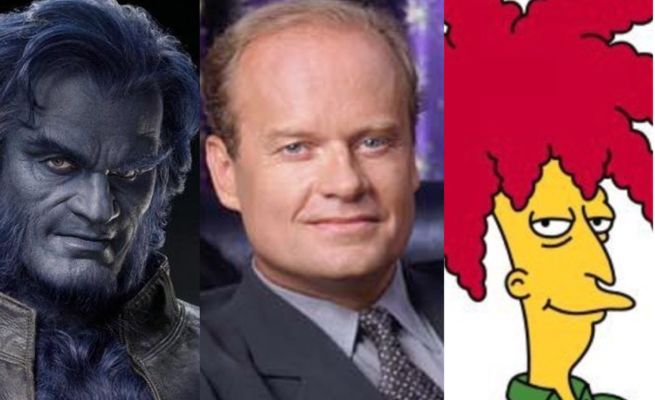 A long-time actor with roles in television and film, comic fans know him best for his turn as X-Man Beast in X-Men: The Last Stand and X-Men: Days of Future Past (though the latter was a minor cameo). He also held a supporting role in last year's Transformers: Age of Extinction.

Grammer's most recognizable work, however, lies in television. Grammer is the voice of Sideshow Bob on The Simpsons, a role he's held since 1990. He was also the star of the popular network sitcom Fraiser, where he played the series' titular character, Frasier. Of course, he also starred in the immensely popular show, Cheers, which Frasier was a spinoff of.

Grammer's other notable roles include Toy Story 2, Boss, The Expendables 3, and Think Like A Man Too.

Kelsey Grammer was born on February 21, 1955 in the U.S. Virgins Islands' Saint Thomas, and he turns 60 years old today.