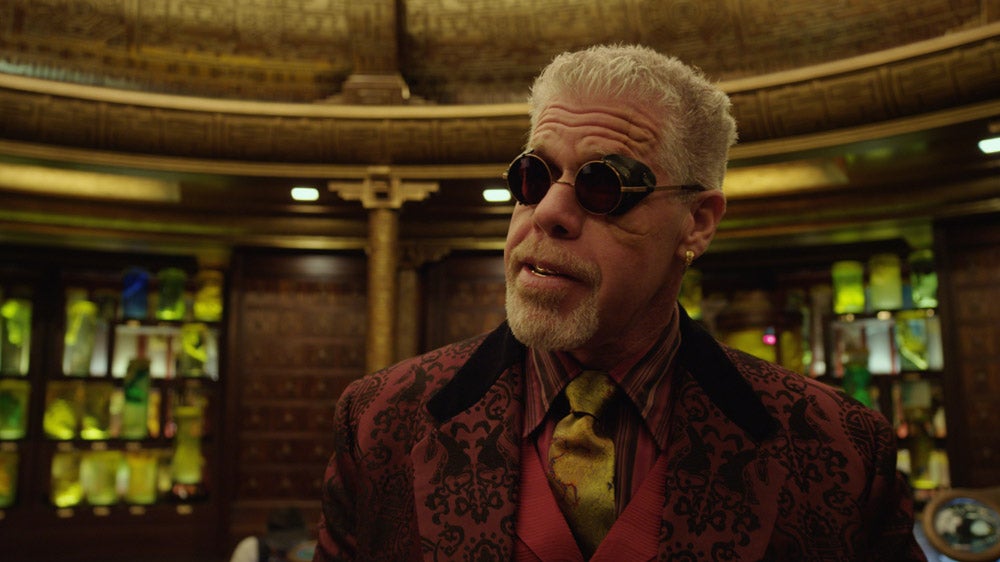 When NBC's The Blacklist returns from holiday hiatus in February, it's next villain will be a Son of Anarchy, TV Guide reports.

Ron Perlman has signed on to appear as Luther Braxton, a meticulous thief who plans international heists over the course of months and years. To ensure a successful a caper, the ruthless mastermind creates great diversions and chaos.

The star of Sons of Anarchy, Hellboy, and Pacific Rim, Perlman will be the latest in a string of high profile guest stars who have appeared on the hit NBC show this season which has included Paul Reubens, Mary-Louise Parker, Peter Fonda and Krysten Ritter.

The Blacklist will return from holiday hiatus on Feb. 1 following the Superbowl which will also serve to transition the show's move from Monday to Thursday nights.