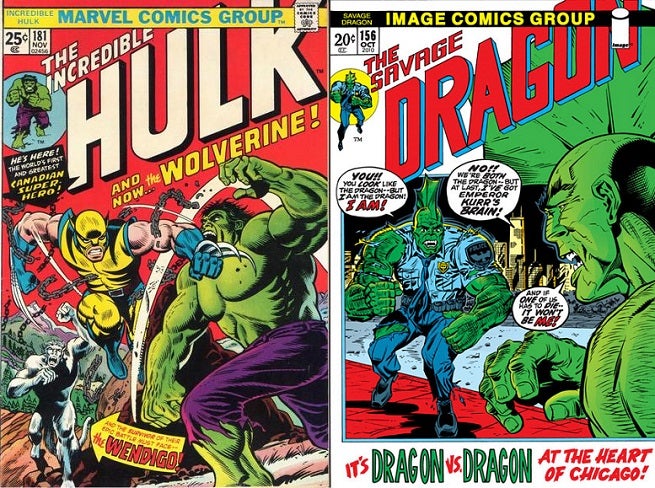 Legendary Marvel Comics artist Herb Trimpe, the first artist to draw character of Wolverine for publication, has passed away, according to his family.

"This past weekend I had the pleasure of seeing my cousin, Herb Trimpe, in action doing what he loved - meeting fans and drawing comics. I was there capturing video and interviews about his life and work with Marvel for a documentary that we were planning to work on," posted Glen Baisley to Facebook. "Little did I know, this would be the final time I would get to see him. I wanted to share some very sad news with everyone. Monday night, Herb passed away.

"He was a legend in the industry, co-creator of Wolverine and penciled some of the most iconic characters ever. He will be greatly missed."

Best known for his work on The Incredible Hulk, where Wolverine first appeared, Trimpe's decades-long career also included work on titles like The Defenders, Iron Man and Thor. He also co-created Captain Britain and his sister Psylocke, who was just cast yesterday to appear in X-Men: Apocalypse.

“To me, no artist is as synonymous with the Incredible Hulk as Herb Trimpe, who gave the Jade Giant a sense of pathos and scale that set the bar for every artist that followed him," said Axel Alonso, Editor-in-Chief at Marvel Comics. "Like a Hulk-punch, Trimpe's art truly exploded off the page. Comics lost a giant."
0comments

He also worked on licensed properties like G.I. Joe, Star Wars and U.S. 1, and more recently worked on independent titles like B.P.R.D. and Savage Dragon. In 2002, Trimpe won not only the prestigious Inkpot Award, but also The Bob Clampett Humanitarian Award for his work as a chaplain at the World Trade Center following the September 11 terror attacks.

Note: While Trimpe is frequently referred to as the co-creator of Wolverine, technically the character is credited as having been created by Len Wein and John Romita, Sr. We regret the error.

Herb Trimpe, The First Person To Draw Wolverine, Has Passed Away