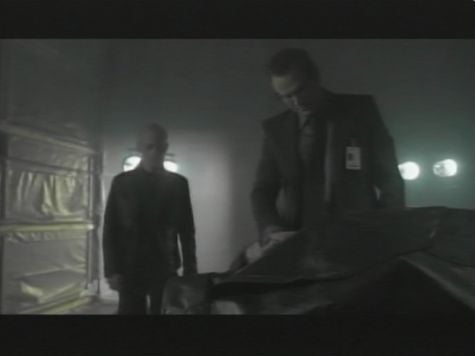 The "Turn And Face The Strange" episode of Heroes kicks off in Building 26 with HRG examining a dead body that appears to be Sylar. Danko enters the room and reassures HRG that Sylar won't be getting up anytime soon. Danko brags about killing Sylar with a four inch pocket blade replaced with a six inch metal spike. Meanwhile, Hiro and Ando are on a road trip with baby Matt Parkman. Baby Parkman starts to cry and suddenly the car stops running. Hiro and Ando are confused because it's a brand new car. Have they forgotten baby Parkman has abilities? Sandra Bennett shows up at Building 26, demanding to see her daughter Claire. HRG tells her there is a body inside that is supposed to be Sylar but something doesn't feel right. Danko walks into the bathroom and meets another Danko. It turns out that the Danko, who was talking to HRG, was really shapshifting Sylar. Angela Petrelli calls HRG and says she and Peter are headed to Coyote Sands. HRG tells Angela that he's seen Sylar's supposed dead body, but he doesn't buy it. Angela screams at HRG to just leave it alone. Meanwhile, Suresh returns to his old apartment. The landlord shows up and tells Suresh that his crazy old man left some stuff in storage. 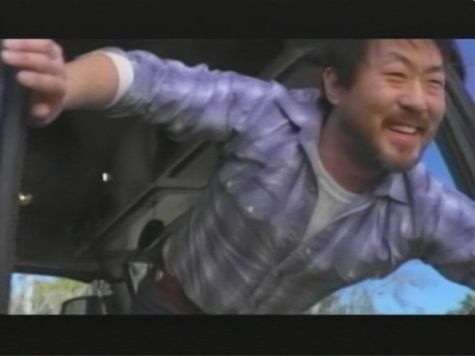 Hiro and Ando attempt to hitchhike with baby Matt Parkman. They are picked up by a Japanese trucker with a country accent. However, baby Matt Parkman strikes again and makes the truck's engine go dead. Meanwhile, Adult Matt Parkman gets inside Danko's mind and instructs him that the person closest to him is in danger. HRG pulls the stake out of the back of Sylar's head. HRG says the stake needs to be sent to the lab for a DNA analysis. Sandra Bennett shows up with divorce papers and asks HRG to sign. HRG asks Sandra not to throw away twenty-two years of marriage, but Sandra says HRG is a liar and she doesn't love him anymore. Sandra leaves and shapshifts. It turns out it was Sylar pretending to be Sandra. After the trucker tells Hiro and Ando to move their magic baby away from his truck, the duo try to entertain baby Matt Parkman with funny faces. Ando finally strikes a pose that baby Matt finds funny, and Hiro is able to start the car. Danko is visiting a lady friend, while adult Matt Parkman secretly watches. After Danko leaves, Parkman sneaks into the house and points a gun at the woman. He can't pull the trigger, but she spots him before he leaves. The woman thinks that he was sent by the escort service. Meanwhile, HRG checks Sandra's signature on the divorce papers against an old signature and sees it doesn't match. HRG gets a phone call. The results came back on the DNA from the spike as belonging to James Martin. HRG realizes that Slyar is now a shapeshifter. 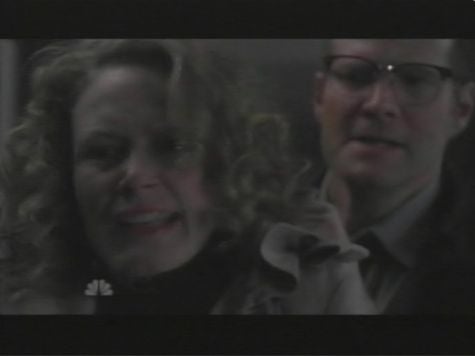 HRG puts a gun to the back of Sandra Bennett's head and threatens to kill her. HRG tells Sandra that the signature didn't match on the divorce papers. Sandra insists that she doesn't know what he is talking about. Just then, their son calls asking about some pills for the dog, and Sandra correctly tells him where the pills are. HRG realizes that it really is Sandra and tries to explain, but Sandra yells at HRG to get out. Sandra says she believes him but that it's too late. Danko's girlfriend shows up at his apartment, and Matt Parkman is behind her with a gun. Parkman forces Danko to admit that he is a soldier who hunts people for the government. Danko tells his girlfriend that he lied because he knew she couldn't care about someone who did the things he did. Parkman points a gun at Danko's girlfriend, but he once again can't pull the trigger. When Parkman drops his gun, Danko grabs another gun and shoots. However, Hiro shows up, stops time, and rescues Parkman. 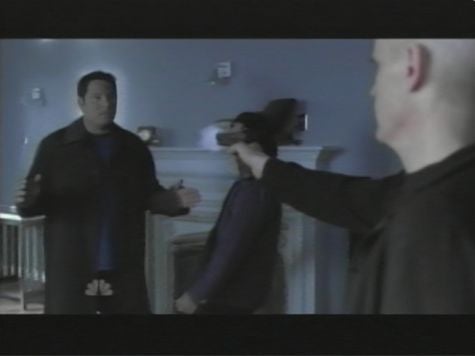 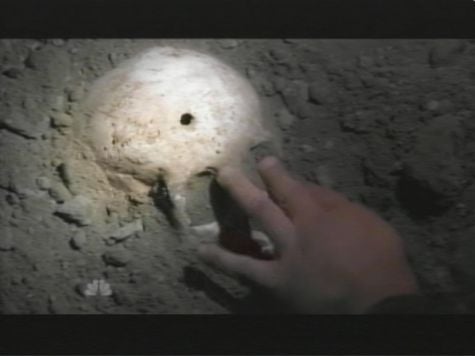 At Coyote Sands, Angela Petrelli tells Peter Petrelli that they are where their story really begins. Nathan Petrelli flies in with Claire Bennett. Angela tells the others that they will have to dig to get the answers. Nathan digs up a skull. When Peter asks if Angela is she knew who the skull belonged to, Angela says she knew all of them. Angela tells them to keep digging.