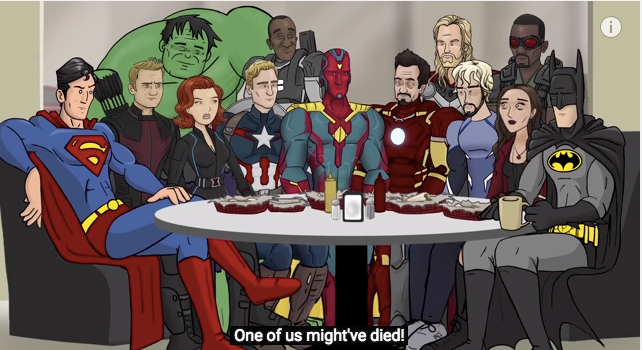 So how should Avengers: Age of Ultron have ended?

A lot of ways, apparently.YouTube humorists How It Should Have Ended have so many theories on how the Avengers sequel could have gone, that that they made a follow-up video to their original short.

In they second part of Age of Ultron’s alternate takes, HISHE took several humorous swipes at The Avengers, Marvel Studios, and more. Little was spared, as the Marvel Universe’s new Spider-Man, Fox’s X-Men franchise, and--gasp--Mutants were referenced. And of course, HISHE stalwarts Batman and Superman were there to comment on Age of Ultron’s arguably disappointing box office and critical reception.

What did you think of HISHE’s second stab at Age of Ultron? Are there any pieces of commentary that you still want to see? Let us know in the comments.

How The Avengers Should Have Ended Part Two Released