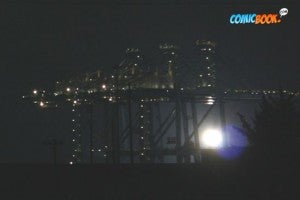 Some of the biggest scenes from "Iron Man 3" are scheduled to take place this weekend, and ComicBook.com already has photos.  Starting tonight, three cast members and ten extras are scheduled to shoot at the Port of Wilmington (NC).  The weather, however, doesn't seem to be cooperating.

With the State of North Carolina having back-to-back extremely wet months, "Iron Man 3" is way behind their production schedule. (It also didn't help that Robert Downey, Jr. sprained his ankle and delayed filming a few more days). So with heavy action scenes scheduled to film this week, Marvel was hoping to catch a break. But it's rained for two straight weeks in Wilmington, and tonight it's raining off and on.  The forecast for the remainder of the night calls for a 60% chance of rain.

While you might not be able to tell from the shots below, the sky is VERY gray.  That's a color that isn't conducive for filming an important scene.  Judging by the lack of crew members on the ground, it's likely that either filming isn't scheduled to being for a few more hours, or photography is on hold until the weather breaks,

Provided the weather holds off, filming could still happen.  But chances are, a CGI team will have to do some post production work on the sky. 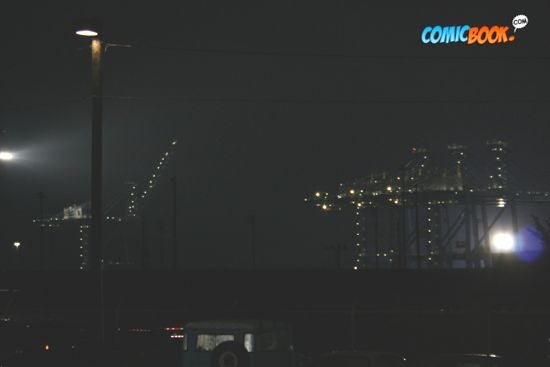 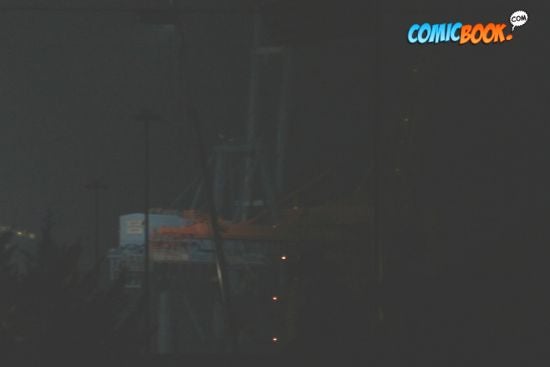 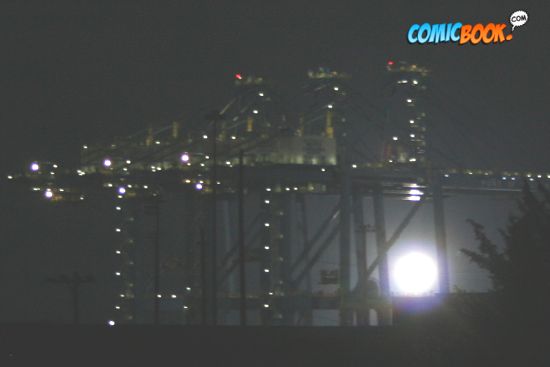