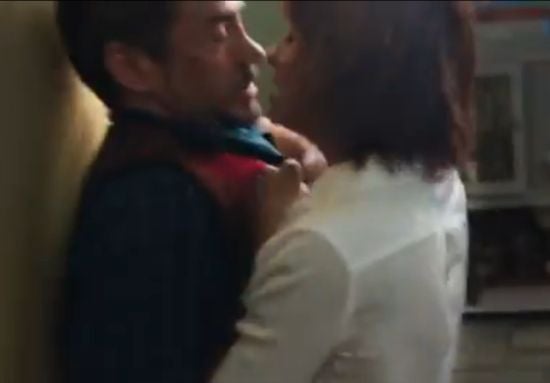 While this information didn’t come from any of our normal sources, a tipster has sent us a rumor about Stephanie Szostak’s role in the upcoming Iron Man 3 movie. Szostak’s role has been wrapped in secrecy, since it was revealed that she was part of the Iron Man 3 production. Our tipster believes that Stephanie Szostak could be playing the role of Janet van Dyne, who becomes The Wasp.

When Stephanie Szostak was first revealed as a cast member, there was some early speculation that she could be playing The Wasp. However, that early speculation died down, as Marvel Studios official stance appeared to be that Iron Man 3 was going to be more of a standalone Iron Man movie.

However, that early speculation is now resurfacing as an Internet rumor. Largely due to a tweet from Roger Wardell, which said “Inside News: When Stephanie Szostak's role is for Iron Man 3 is announced, fans will go crazy.” In the past, Wardell has often tweeted Marvel Studios rumors, before any official announcement. Some of which have proven to be true. Even though Wardell’s tweet doesn’t specifically mention The Wasp, it’s the first thought that comes to mind of a character that would make fans go crazy.

Szostak appears briefly in the Iron Man 3 trailer, where she appears to be shoving Tony Stark against the wall. Director Joss Whedon also did say that he was looking to introduce more women into The Avengers for the sequel. Could this be our first look at Janet van Dyne? Her character could always be introduced even if she doesn’t officially appear in costume. Iron Man 3 is scheduled to be released in theaters on May 3, 2013.