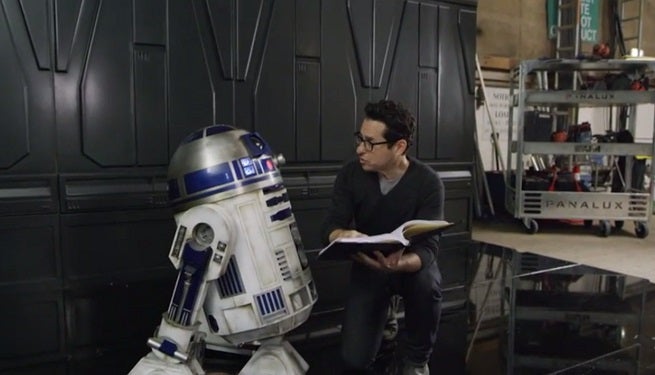 The salmon cannon does exactly what you think: fires salmon into the air. Host John Oliver tested the cannon out on the show, firing salmon into the face of Jon Stewart, Stephen Colbert, Tom Hanks, and even Homer Simpson.

Perhaps most significantly, a salmon interrupted Star Wars: The Force Awakens director J.J. Abrams during a moment when he was giving some intense acting instruction to R2-D2. If the video is anything to go by, Lucasfilm may need to find a different director to finish the film (not really).

There is a cannon that shoots salmon over dams.
It's awesome. Check it out.