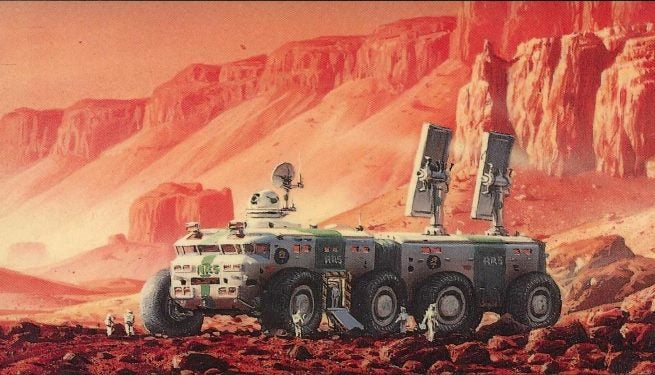 Babylon 5 and Rising Stars creator – as well as writer of DC's Superman: Earth One series – J. Michael Straczynski will write the scripted drama Red Mars for Spike TV (via Deadline). The series is an adaptation of Kim Stanley Robinson's "Mars trilogy" of hard science fiction novels, and is named after the first book in that trilogy, first published in 1993.

Robinson will consult on the project, with Game of Thrones co-producer Vince Gerardis serving as producer.

The series chronicles the settlement of the planet Mars over the course of two centuries. The series is told through the personal viewpoints of a diverse cast of character living in the Utopian settlement, while the civilization remaining on Earth falls to ruin.

The trilogy - consisting of Red Mars, Green Mars, and Blue Mars - has won both Hugo and Nebula awards.