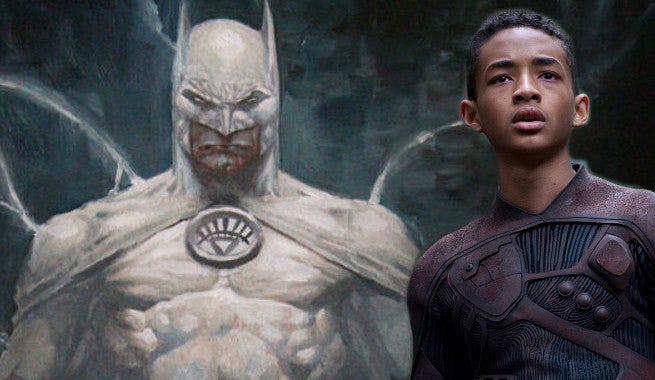 While Batman inspires most to fight for justice, or at least push themselves to be better people, he serves a much different role for celebrity Jaden Smith.

The Dark Knight, it seems, is Smith's fashion muse.

During a recent interview, Smith explained why he dressed up as Batman for Kanye West and Kim Kardashian's wedding and his recent prom. According to the young actor, who is Deadshot actor Will Smith and recent Gotham star Jada Pinkett-Smith's son, assuming the Dark Knight's visage made for an incomparable experience.

"I wore the Batman suit to heighten my experience at the wedding and prom which was fun, but also at the wedding I felt as though I needed to protect everyone there and needed to have the proper gear to do so," he told GQ Magazine.

But The Dark Knight isn't his only source of inspiration. In fact, much of the Bat-Family fuels Smith's wardrobe, along with a few other surprise additions.

Thank you, Jaden Smith, for putting Batman, Superman, and Kanye West into the same sentence.

So readers, are there any superheroes that fuel your fashion sense? Let us know in the comments.