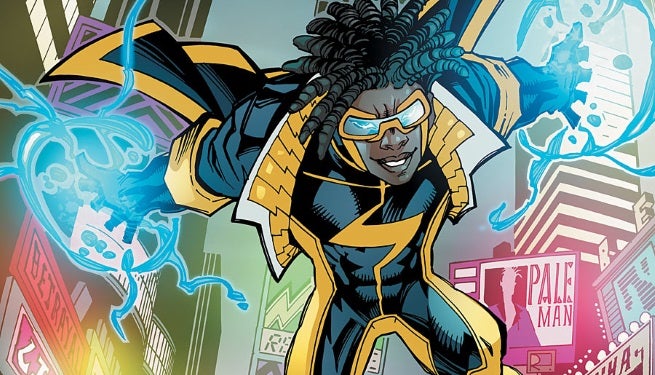 Karate Kid and After Earth star Jaden Smith is being considered to star in the upcoming, live-action Static Shock digital series for Warner Bros., according to Flickering Myth.

The series, announced this week, is set to be produced by comic writer and Django Unchained producer Reginald Hudlin.

The article notes that Smith's parents are already developing a bit of a working relationship with Warner Bros., now that Jada Pinkett Smith is a series regular on Gotham and Will Smith is in negotiations for Suicide Squad.

The character is most recognized for the Static Shock animated series that aired originally on Kids WB, and was part of the shared DC Animated Universe. Following the events of Final Crisis in 2009, Static – and the other characters from Milestone’s “Dakotaverse” – were introduced into the DC Comics universe, with Static joining the Teen Titans in a series from Felicia D. Henderson of Fringe and Gossip Girl fame.

Following the New 52 reboot three years ago, Static had a short-lived (8-issue) solo series that launched with the publisher's first wave of new comics.