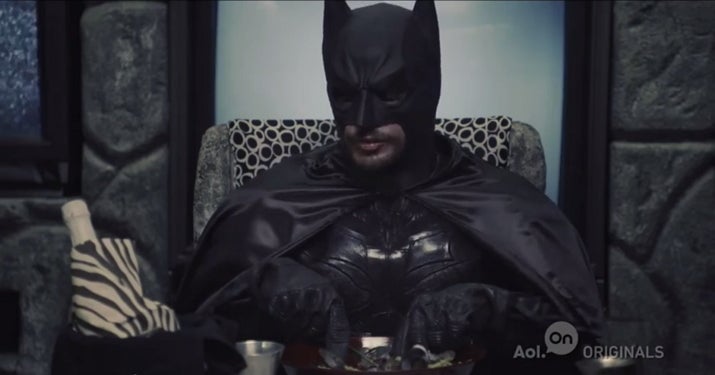 In an episode of James Franco’s Making a Scene YouTube series, Franco created a mashup of Batman and Tim Burton’s Beetlejuice to come up with “Batjuice.”

The idea came about after spinning a wheel of different movie scenes (which is where I assume all ideas for mashup videos come from). The wheel lands on the “Banana Boat” scene from Beetlejuice, and the “pencil scene” from The Dark Knight.

What results is James Franco playing Batman in a tense dinner scene with Robin, Beetlejuice, Winona Ryder, Catwoman, and the Joker. Franco plays up Bale’s version of Batman as hilariously belligerent, until the music kicks in and everyone starts dancing.

James Franco as the next Batman? Hey, it could happen. And there’s nothing quite like crossing a slightly offensive ghost story with a classic super hero film.