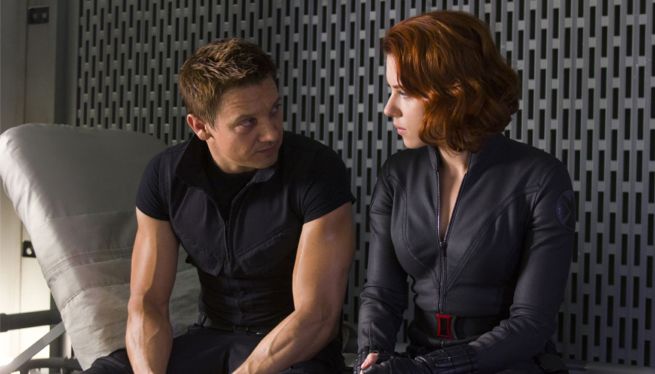 During an appearance on the Conan show on Monday night, Jeremy Renner opened up about the trouble that he got into for calling Black Widow a slut.

“It was a joke, off-colored, whatever, but yeah, I’m unapologetic about a lot of things,” said Renner. “But yeah, I got in a lot of Internet trouble. I guess that’s a thing now.”

Renner added, “I was asked the question like, so Black Widow’s been linked to Hawkeye, Iron Man, Bruce Banner, and Captain America, so what do you think about that. Well, I said, ‘It sounds like she’s a slut.’ Now, mind you, I was talking about a fictional character and fictional behavior, but Conan if you slept with four of the six Avengers, no matter how much fun you had, you’d be a slut.”

When Conan asked which Avenger that he thought Black Widow would be most attracted to, Renner said he didn’t know, maybe she’s into the Hulk now. Conan then quipped, “It’s not Quicksilver. We know that. Things are over…It’s a quick evening with Quicksilver.”