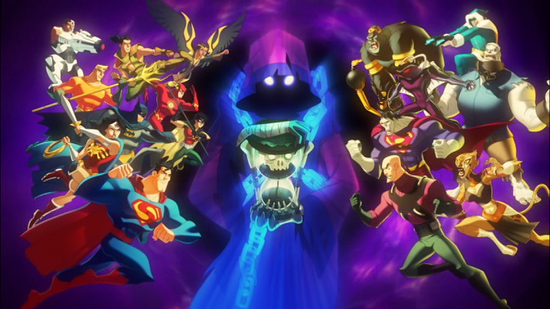 Giancarlo Volpe, best known to DC fanboys as one of the minds behind the fan-favorite Green Lantern: The Animated Series, recently announced to the world that he had already directed and was ready to release JLA Adventures: Trapped in Time, a 52-minute animated feature film starring the Justice League alongside Karate Kid and Dawnstar of the Legion of Super-Heroes, facing off against the Legion of Doom and the Time Trapper.

The stealth release was first teased through a Target Stores mailer--as the DVD-only movie was a Target exclusive. The title hit shelves on Tuesday of this week, and Volpe joined ComicBook.com for a chat about the work once we'd had a chance to see the movie.

Below is part one of a two-part Q&A, focusing primarily on the story and influences of JLA Adventures: Trapped in Time. The second part, dealing with some of the behind-the-scenes experience of making the film and potentially kicking off the JLA Adventures franchise, will run tomorrow morning at this same time. 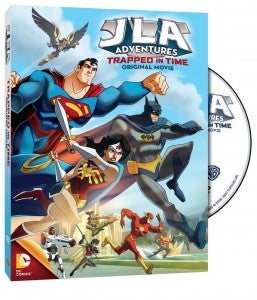 ComicBook.com: You said in a previous interview that some of the elements of the movie were already in place before they brought you on (notably the Legionnaires). Was there anything you can think of that you wouldn't have included?

Giancarlo Volpe: I should start by pointing out this movie was originally budgeted to be 44 minutes long. We managed to squeeze 52 minutes out of it using the animation equivalent of smoke and mirrors.

Normally I prefer to make movies with smaller amounts of characters, to allow for more intimate dialogue scenes and character interactions (a lot more like the four member crew of the Interceptor in Green Lantern the Animated Series). In the early stages, I already thought it was too much to try and fit the Justice League and the Legion of Doom into a 44 minute movie. Adding the Legionnaires felt like the straw that'd break the camel's back. If it were up to me, I would have cut the cast way down in those beginning stages.

The counter argument of course, is that the writer Mike Ryan and I eventually figured out a way to make it all work, and it didn't turn out so badly. So in hindsight I'm glad we were told to do it the way we did.

By the way, the presence of Karate Kid and Dawnstar also forced us to incorporate some sort of time traveling device to explain what they were doing in our century. Their involvement very much dictated the nature of this movie. It probably wouldn't have been about Time Trapper if not for them.

ComicBook.com: You'd also said in the Voices From Krypton interview that this was kind of a reimagining of a specific episode of Super Friends. Did you watch that episode during the writing or production to look at what it was, or were you just kind of going on the basic concept? 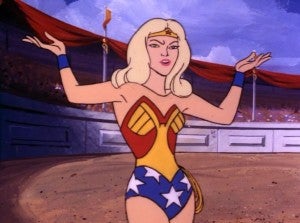 Volpe: We broke at lot of the story after Mike Ryan reminded me about the episode. It wasn't until later that we went back and watched the original version for fun. I really like how Cheetah replaced Princess Diana and became the blonde Wonder Woman.

ComicBook.com: Re: that opening scene, what is it with Lex Luthor and real estate?

Volpe: Ha ha. Isn't it true that Donald Trump made his fortune through real estate? Maybe Lex is just following his footsteps. In the sequel we'll have Lex trying to develop a really successful iPhone app.

ComicBook.com: How much say did you have into the Legion of Doom membership? Or was that just lifting it straight out of Super Friends and then removing Sinestro because GL wasn't around?

Volpe: It was more or less following the same line up from the Super Friends. You'll notice that the Riddler, Giganta, Braniac and Scarecrow are missing, as well. Again, this was all in an effort to keep the whole thing manageable. We actually had a cool design done for Giganta before she got cut last minute. Banshee was in some early drafts of the script too, which would have been interesting because she's not considered a classic Legion of Doom member. 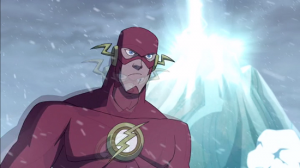 ComicBook.com: Is that Wally West in this movie? The actor voicing The Flash has done Wally before, but he's been pretty much absent for a few years.

Volpe: We intentionally left that vague so the viewers could decide. But let's put it this way - I wouldn't have asked Jason Spisak to play Flash if I didn't want people to draw a connection to his character in Young Justice. I just knew that show had a very passionate fan base and I wanted to give them a little Easter egg of love.

Some fans online mentioned if he was truly Wally, then his eyes should have been green instead of blue. It makes me wish his eye color would have changed from scene to scene, just to further throw them off.

ComicBook.com: Is that ship Yamamoto named after anyone? It was right in the foreground so I figure we were supposed to notice it, but it doesn't ring an immediate bell. 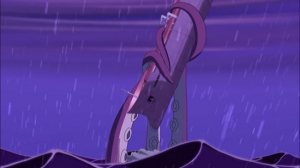 Volpe: This is really dorky, but I wanted it to be shout out to Battleship Yamato (also known as Star Blazers) which was one of my favorite cartoons as a kid. But for legal reasons we weren't allowed to call it Yamato, so we changed it to Yamamoto. The cool thing is, my wife still got the reference. I guess as long as one person did, it was worth it.

ComicBook.com: Was there a reason for leaving Green Lantern out? Honestly the first thing that comes to mind is that his powers would have negated the need for Dawnstar to do what she does in the third act with her light powers.

Volpe: It honestly wasn't for that reason, but you bring up an interesting observation. Can you imagine if the moment Karate Kid identified Time Trapper's weakness, Green Lantern stepped in and saved the day, denying Dawnstar her moment? She'd probably still be full of self doubt, even now.

Obviously Green Lantern means a lot to me because of my involvement on the series. It may have been for the better that he wasn't in this movie. I might have tried to turn JLA Adventures into a 52-minute Blackest Night: For Kids!. 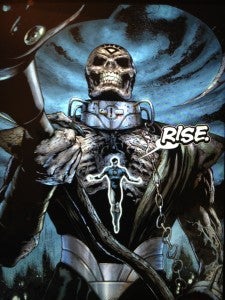 ComicBook.com: How would you pitch the studio on Blackest Night for Kids? Because now I want that.

Volpe: You know, we had serious discussions about this back on Green Lantern the Animated Series. There's little tweaks you could do to make it happen. In the comics the Black Lanterns rip people's hearts out of their chest to charge their power battery. I was thinking they could just place their hand on their victim's heart and glow a few seconds before killing them. You could still do it, it just wouldn't be as gory.

Since JLA Adventures was aiming for a younger demographic, I'm not sure we'd want to actually see our beloved heroes getting killed. We may have had to default to just generic zombies led by Black Hand.