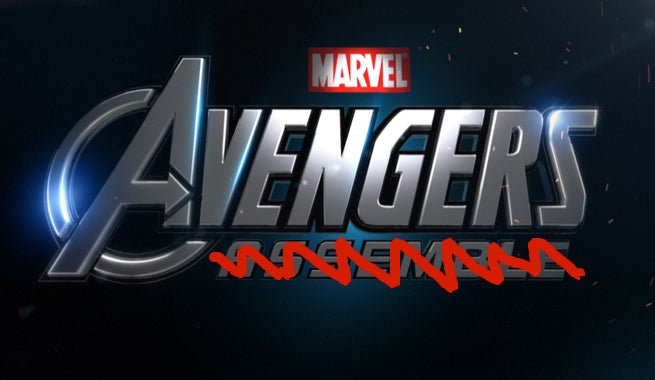 Warning: Spoilers for Avengers: Age of Ultron are below.

As long as Joss Whedon's around, Marvel Studios fans will never hear the epic  "Avengers Assemble!" battle cry on the big screen.

That latest exercise in disappointment came during the last second of Avengers: Age of Ultron, when Captain Americasays "Avengers, A—" before the film's credits cut him off. And while many assumed that Whedon filmed the entirety of Cap's mighty bellow, then cut it out in the editing process, the director revealed that he wasn't even that generous to most iconic line in Avengers history.

As he explained, actor Chris Evans never uttered another syllable after that second "A," so studio executives couldn't change Whedon's vision later on.

Here's how he broke down the entire process:

As much as I was like, 'We didn't get this, we didn't get this, this is sloppy, and I'm not happy with that music cue...' With all my complaints, it was in the script exactly as you see it. 'He draws breath to say the next word. Blackout.' So to know that we landed exactly where I wanted to go, however many stumbles along the way, was extremely gratifying. As was Chris Evans' reaction when I told him what we were going to do in the second movie, at the MTV movie awards, when we won for the first movie – he lost his s***. (Laughs) It was great.

But now that Whedon is out of the picture with Marvel Studios (as far as we know), there's no telling what Marvel might decide. Perhaps the Russo brothers' tastes are bit more traditional than Whedon's?

Would you like to hear "Avengers Assemble" when Captain America: Civil War hits next year? Let us know below!