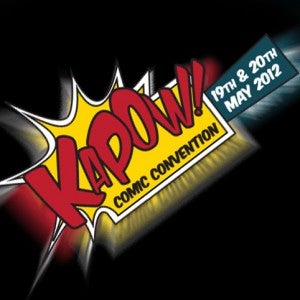 Despite earlier claims to the contrary, DC Comics Co-Publisher Dan DiDio says that the company plans to reintroduce an existing character who, in the world of the New 52, will have a different sexual orientation than their previous iteration.

Bleeding Cool is reporting from the Kapow! Comic Convention in London that a familiar character will be reintroduced to the new DC Universe, reinvented (per DiDio) as “one of our most prominent gay characters.”

No clue has been given as to which character it might be, and at this point it's difficult even to hazard a guess. There are dozens of DC characters who were appearing regularly over the course of the last few years who haven't yet resurfaced in the rebooted DC Universe, including some fan favorites. Onetime Blue Beetle Ted Kord may seem an obvious choice given the sheer volume and popularity of Blue Beetle/Booster Gold slash fiction available on fansites, but DiDio has hinted in the past that Kord is probably gone for the foreseeable future.

Of course, that perspective on the character could be "evolving." That's how Senior Vice President of Sales Bob Wayne described DiDio's editorial philosophy on this matter, given that the co-publisher had told The Advocate not long ago that the publisher was keen to introduce new, LGBT characters (like Teen Titans' Bunker or, somewhat less recently, the new Batwoman) as opposed to reinventing existing characters with a new sexual identity, which could potentially alienate existing fans of the character who see it as disingenuous storytelling.

There seems to be a lot of "evolving" going on at DC of late, as it was recently revealed (also at Bleeding Cool) that the mysterious, new Green Lantern introduced in DC's Free Comic Book Day special issue was originally drawn as Hal Jordan. That would have made him far less mysterious and far less new.

This announcement comes smack in the middle of the furor Marvel is trying to build for Astonishing X-Men #51, which comes next month and will reportedly feature the wedding of Northstar (arguably Marvel's most prominent homosexual superhero) and his boyfriend.