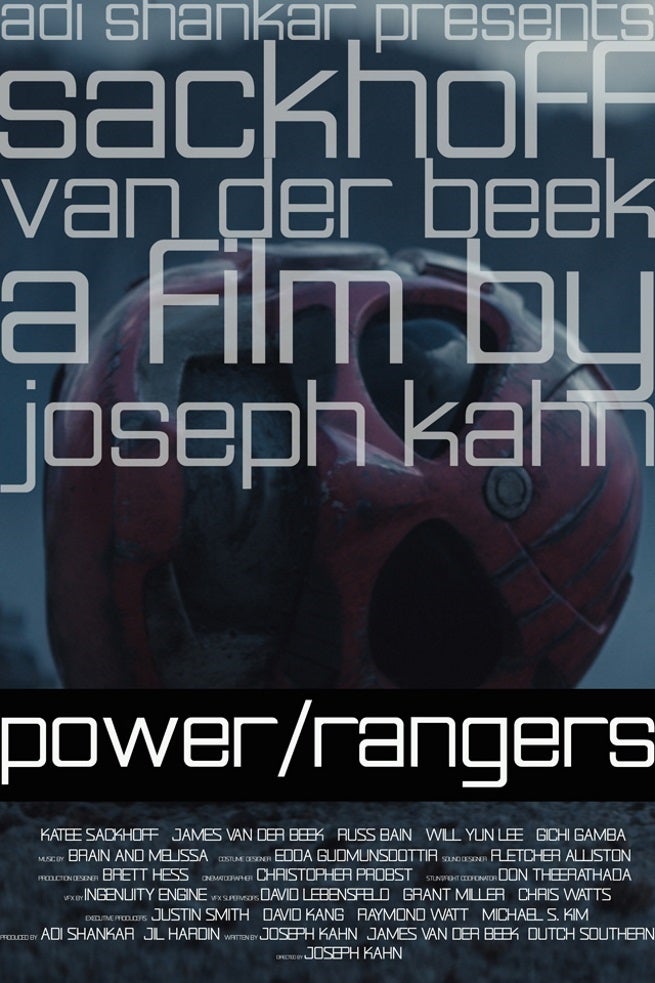 The “deboot” film, titled Power/Rangers stars Battlestar Galactica’s Katie Sackoff as Kimberly, the Pink Power Ranger. Remember all those rumors about Sackoff playing Captain Marvel that sprung out of her filming an unnamed project? This is what that project actually was.

The film also stars James Van Der Beek, who co-wrote the screenplay, as Rocky, the traitorous ex-Red Power Ranger, now in the employ of the Machine Empire.

The fan film extrapolates the dark and gritty style of modern film versions of what were previously children’s entertainment properties (i.e. Transformers, Man of Steel) to the edge of absurdity. Really, its kind of brilliant.

Check it out below, but be warned that it is NSFW.

To be clear, Power/Rangers is an unofficial fan film. It is not a pilot for any kind of new series, nor is it related to or replacing Lionsgate Power Rangers movie that is currently in development, with Roberto Orci at the helm. That film is still slated for release on July 22, 2016.

It will probably be less cool.