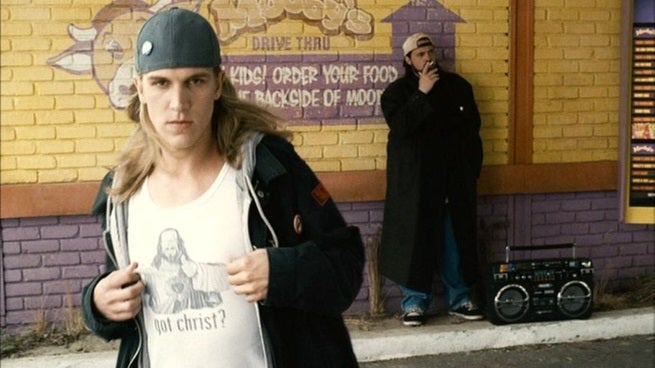 Kevin Smith has confirmed that Jason Mewes and himself will reprise their roles as Jay and Silent Bob for Clerks 3.

“They’re in the movie as much as they were in Clerks and Clerks II,” he said on the latest episode of SModcast.

He also revealed that his SModcast co-host, Jeff Anderson, will reprise his role as Randal for the film, and that the film’s first 10 minutes will be shot in black and white.

In Clerks II, the first few minutes was filmed in black and white, before the movie went to color when the convenience store at the center of the series burned down. At the end of the film, Jay and Silent Bob used their ill-gotten gains as drug dealers to purchase the building, renovate and reopen the stores.

Smith is hoping to begin filming on Clerks III in June 2015.