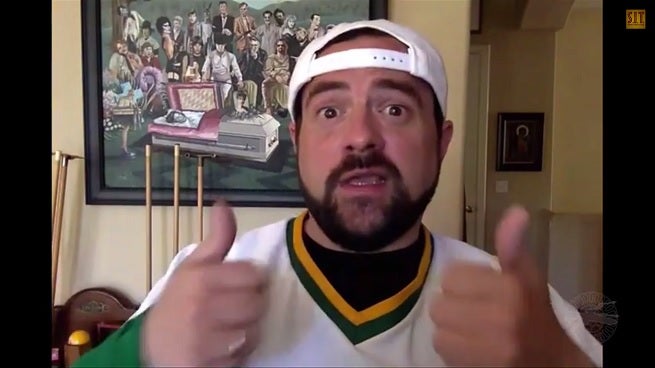 Filmmaker Kevin Smith, who has personally had a lightsaber battle against Mark Hamill (in Jay & Silent Bob Strike Back), has thoughts on the new Star Wars trailer. Who would have guessed?

He shared a story of his parents taking him to see a theatrical reissue of Star Wars in 1979, where they had attached the first trailer for The Empire Strikes Back.

"The cynicism and crap that comes along with being a fat, middle-aged man goes away in the face of this trailer," Smith said, in part. "It took me back to that moment in my youth."