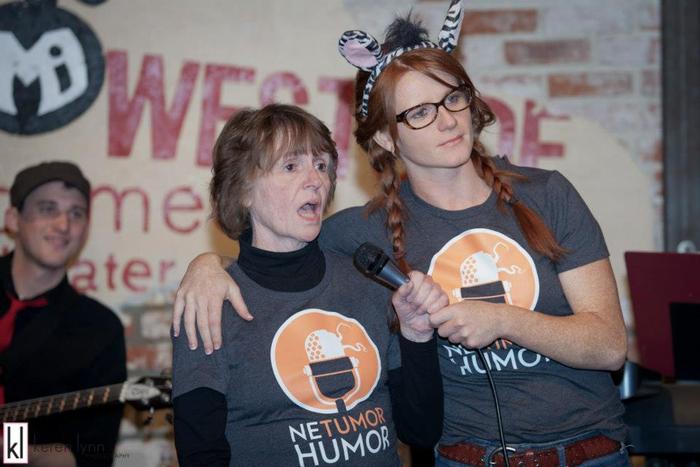 Comedienne Andie Bolt has launched a kickstarter for a new documentary: her mother Terry, who uses World of Warcraft to cope with her life-threatening cancer.

In 2010, Terry Bolt was informed she had six months to live after being diagnosed with Neuroendocrine Tumors (NET)/Carcinoids, a rare and often misdiagnosed form of cancer that was responsible for the death of Steve Jobs.

She began playing World of Warcraft as a way to cope, and Andie soon realized that there was a story to tell: many people in the online gaming community play as an outlet to deal with illness, trauma, stress and loss.

This led to the birth of WoW MoM the documentary.

"Two years ago on the Nerdist Podcast, Chris Hardwick asked what I talk about in my stand up," Andie explained. "At that time my Mom was using World of Warcraft to cope with her cancer and I was telling jokes on stage as a way to deal. Chris Hardwick, to my delight and gratitude, came up with a brilliant plan: 'We have to send your Mom to BlizzCon!' My mom heard the Nerdist podcast and was bursting with excitement."

Andie used the trip to Blizzcon to film the documentary and to share her mother's story.

"As I started telling this story, it was obvious that this project had much more to say than could fit into a web series," Andie said. "We needed a full-length film to tell these stories and accurately describe all the fantastic people I've met on this journey. Making a project you really, truly care about causes people to come out of the woodwork; beautiful, kind humans who want to impact others in a positive way. We weren't just playing Warcraft, we were making a documentary, but it felt like I had my own guild. Everyone had their roles and we were raiding through on the tiniest of budgets. This crew was giving everything and even at complete exhaustion, giving more. We shot 17 hours worth of footage at Blizzcon on two cameras alone with the entire crew crammed into one hotel room. Not one person complained."

Additional information about the campaign can be found on the Kickstarter page.