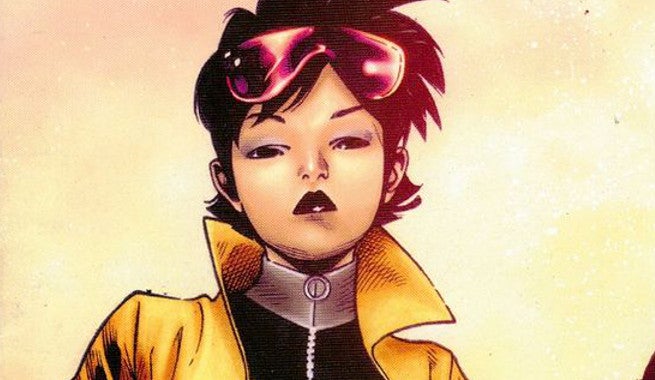 Brian Singer has just revealed on his Instagram account that actress Lana Condor has been cast as Jubilee in X-Men: Apocalypse.

I'd officially like to welcome our newest mutant #JubilationLee, #Jubilee @LanaCondor to #XMEN #Apocalypse

That's right X-Men fans, the energetic, yellow trench coat wearing, pink sunglasses sporting mutant is getting her time to shine in Singer's newest film. We've seen Jubilee pop up a few times in the original X-Men trilogy (played by Katrina Florence & Kea Wong) but nothing more than "blink and you miss it" moments. What plans Singer has for her in Apocalypse could be anyone's guess, but to go about announcing her in this manner might mean she has a bigger role.

For those who might not know who Jubilee is, here's a quick rundown for you. She first appeared in Uncanny X-Men #244, by Chris Claremont & Marc Silvestri. She quickly became a fan favorite and was one of the main cast members of the immensely popular X-Men animated series in the 90s. Her namesake comes from her ability to create explosive "fireworks" from her hands. Usually, you could find Jubilee hanging out with Wolverine, but over the years she's accomplished quite a bit more on her own. Not only led her own team of mutants, with Generation X, but as of a few years ago - became a vampire as well. Most recently, Jubilee has been the caretaker of an orphaned baby, who she named Shogo, while continuing to help the X-Men.

Are you excited about this casting? Which Jubilee do you hope we get in the film? Let us know in the comments below!