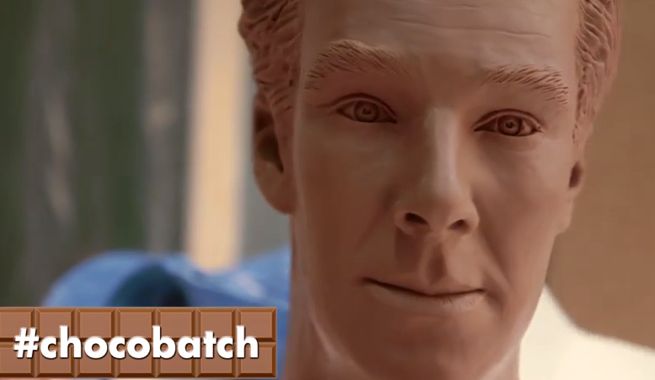 Instead of another edible rabbit, fandom is receiving a life-sized chocolate Benedict Cumberbatch. The British treat comes as part of  UKTV’s debut, where the new network polled audiences on who was Britain’s "dishiest" TV drama actor. After a close race, the Sherlock actor bested Homeland’s Damien Lewis and Doctor Who's David Tennant.

To create the "Chocobatch," a team of confectioners melted down 500 bars of chocolate—roughy 40,000 grams--before pouring the molten goodnes into a digitally-rendered scuplt of Cumberbatch's likeness. The chocolate Cumberbatch will make his public debut on April 3, Good Friday, in Stratford, England. Chocobatch’s safety from Cumberbros and Cumberbabes is far from guaranteed.

Life-Size Benedict Cumberbatch Sculpture Made Out Of Chocolate