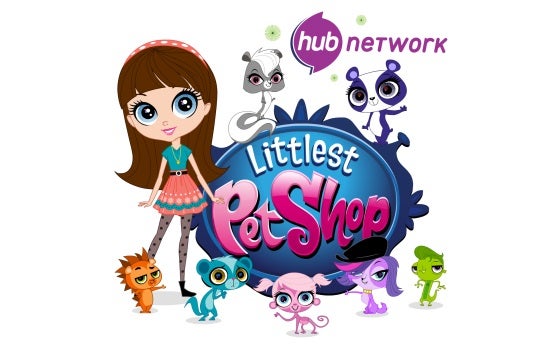 will be returning for its third season on the Hub Network on May 31. Julie McNally Cahill, Tim Cahill, Kirsten Newland and Stephen Davis serve as executive producers for the series, which is produced by Hasbro Studios. In the season three premiere, "Sleeper," Vinnie and Sunil are challenged by Russell to entertain Mr. VonFuzzlebut, a jovial raccoon and new day camper, who falls into a deep sleep confusing the pets. Meanwhile, Fisher Bisket tries to figure out what the secret is to Littlest Pet Shop's recent success. Littlest Pet Shop follows Blythe Baxter and her father who live in a Downtown City apartment above the Littlest Pet Shop — an amazing day camp for pets of all kinds, including a doggie diva, dancing gecko and sweet, adorable panda. The series begins when Blythe discovers that she can miraculously understand and talk to the pets, which leads to fantastical adventures featuring uproarious song-and-dance parodies and sequences to original music. In its third season, Blythe and the few friends who know her secret utilize her unique ability to have fun with her furry friends, solve problems and lend a helping hand— or paw — to other humans and pets. Littlest Pet Shop features the voice talents of Ashleigh Ball, Tabitha St. Germain, Nicole Oliver and Peter New, who also provide voices for the Hub Network's My Little Pony Friendship is Magic. Composer Daniel Ingram, a Daytime Emmy Award nominee for My Little Pony Friendship is Magic, also creates music for "Littlest Pet Shop." The Littlest Pet Shop Season 3 premiere, "Sleeper," will air May 31 at 9:30 AM ET on the Hub Network.