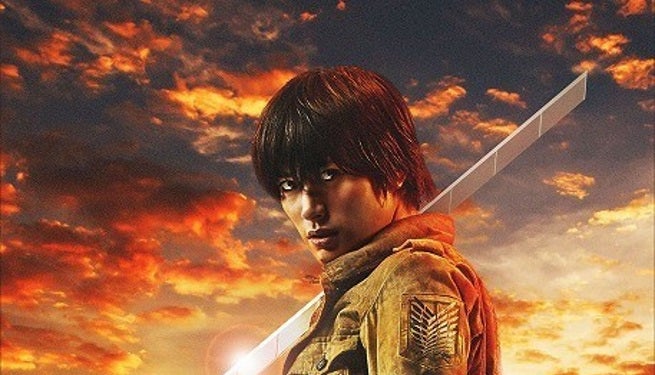 Seven of the film character are new, with one, Shikishima, said to be integral to the film’s plot, as he is “humanity’s strongest man.”

Director Shinji Higuchi confirmed that Attack on Titan will be a two film project, and will introduce many new characters and enemies to the world. Creator Hajime Isayama is working closely with the filmmakers.

See the image in the gallery below. Both Attack on Titan movies will open in Japan in summer 2015.