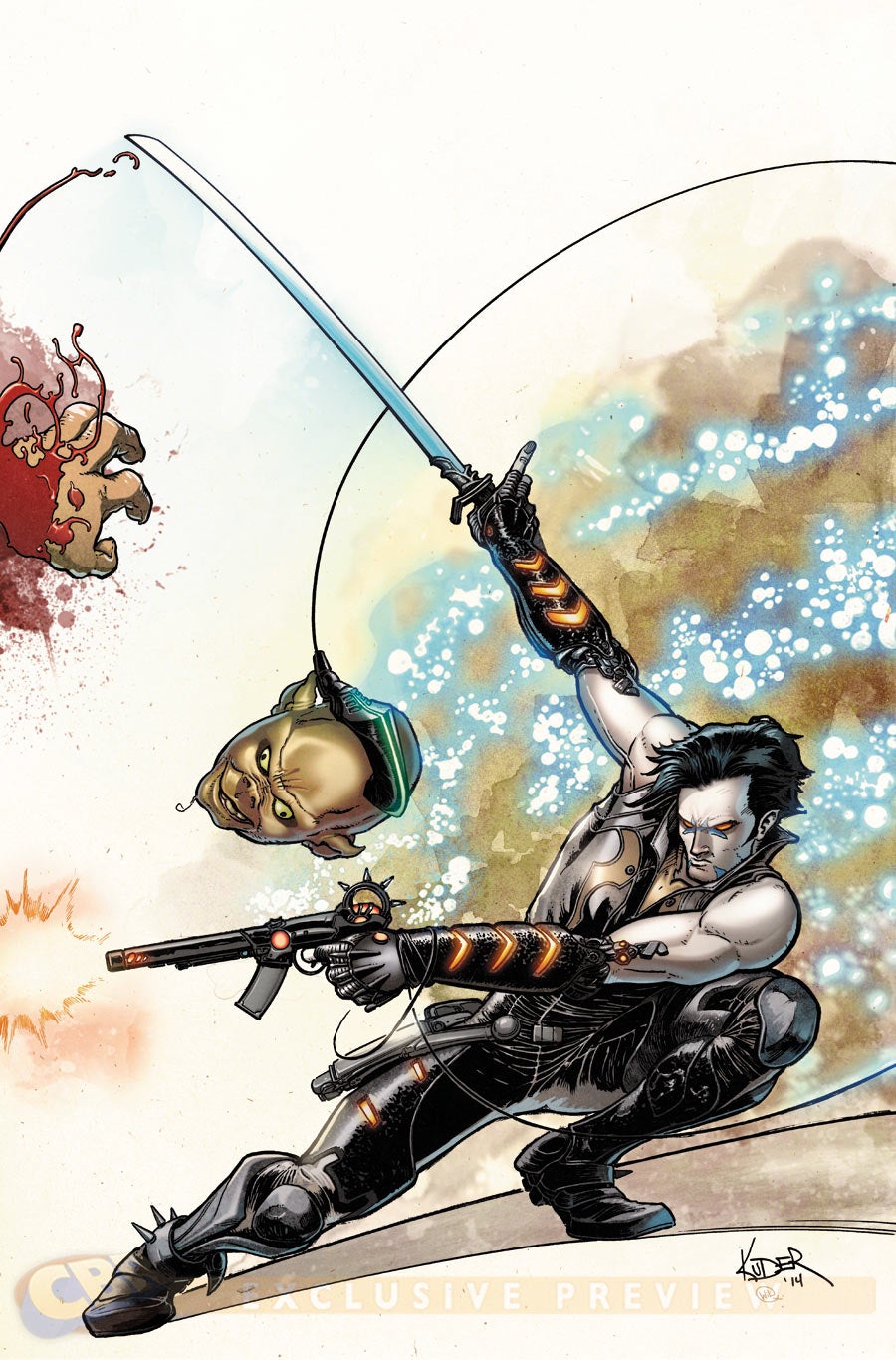 Writer Cullen Bunn is fast becoming DC Comics's go-to guy when they want to infuse their bad with a little bit of good.

The Sinestro writer will launch a new, ongoing Lobo series in October with former Cable and Deadpool artist Reilly Brown. The title will, among other things, see Lobo squaring off against his not-quite-doppelganger.

Fans will remember that during last year's Villains Month event, a new Lobo was introduced who was slimmed-down, clean shaven and, according to DC, updated to be more menacing for modern times. Fans dubbed the character "Twilight Lobo" and, to confuse matters even more, the traditional "biker-look" Lobo continued to appear in Jim Starlin's Stormwatch.

The new-look Lobo was said to be the "real" Lobo, while the one familiar to fans of his long-running '90s series by Alan Grant and Simon Bisley has been dubbed "Faux-bo" by Bunn and Brown, who announced their new series in a story at CBR.

Like Lobo's Villains Month issue, at least the first issue of his monthly series will feature a cover by Action Comics artist Aaron Kuder.

"Violence is just one aspect of the character," Bunn said in the interview. "It's there, and it's something we are going to embrace in this series, but we'll also be exploring facets of Lobo that haven't really been brought into the spotlight. He had a life, a job, a family, a lover long before he became the cruel, devious man-hunter we'll see in this series. We're going to look at what shaped him into the cold-blooded killer he is today."

Prior to the New 52, Lobo was the lone survivor of a race that he had completely exterminated. He later faced an army of his illegitimate children, conceived during his exploits through the DC Universe, and killed them as well.

"The 'real' Lobo is the star of our series, and I think he gives us a lot more mileage for new stories and avoiding some of the dangers of the 'one trick pony,'" Bunn said. "There's so much we don't know about this character, because we've only seen him very, very briefly.

"The other character, 'Faux-bo' as we've been calling him, will play a role in the book, but it might be a little surprising to readers. Lobo has been hunting Faux-bo for a while now. That hunt will reach its conclusion pretty quickly. We'll be looking into why someone might steal Lobo's identity as the series progresses.

"One of my earliest pitches for the series featured both Lobos in an odd couple/buddy cop misadventure across the universe. It was sort of a Simon & Simon story featuring the Lobo brothers. In the end, that didn't fly. And as much fun as I think that might have been, it's probably for the best."

Lobo #1 will hit the stands on October 1. The character of Lobo was co-created by Keith Giffen, who also co-created Rocket Raccoon. The recently-released first issue of that character's series seemed very inspired by '90s Lobo comics, we noted at the time. Rocket Raccoon #1 may be the year's best-selling comic so far.