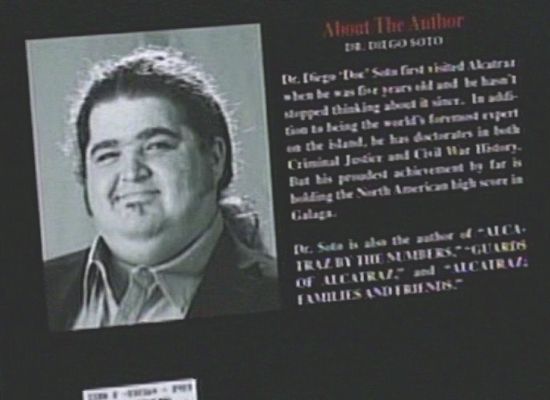 With J.J. Abrams being the executive producer on Alcatraz, most suspected that there would be a LOST reference or two hidden in the premiere. Well, there is one big LOST reference that Comicbook.com uncovered on Alcatraz. When Detective Rebecca Madsen is investigating a former Alcatraz prisoner on the Internet, she comes across a link about Dr. Diego Soto (who is played by LOST alumnus Jorge Garcia). She zooms in on the back cover of Dr. Soto's book about Alcatraz, which has a biography blurb. The bio says, "Dr. Diego 'Doc" Soto first visited Alcatraz when he was five years old and he hasn't stopped thinking about it since. In addition to being the world's foremost expert on the Island, he has doctorates in both Criminal Justice and Civil War History. But his proudest achievement by far is holding the North American high score in Galaga." As LOST fans know, Galaga was the name of the submarine that was owned by the Dharma Initiative on LOST. 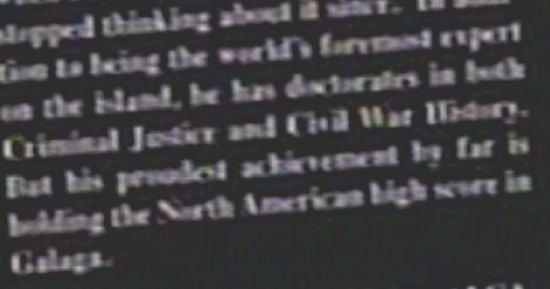