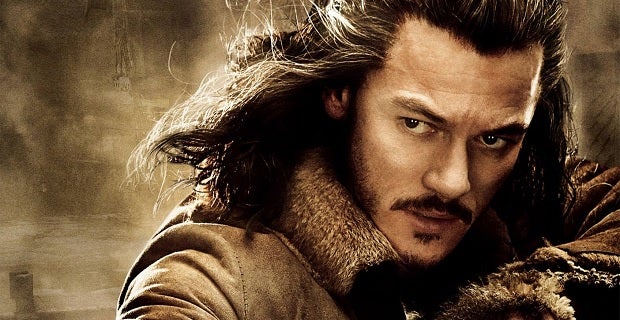 Luke Evans may no longer star as Eric Draven in the Relativity Studios remake of The Crow.

Evans, who plays Bard The Bowman in The Hobbit, recently told Den of Geek that his chances on playing the film's lead role we're quickly dwindling.

When asked if production on the Crow was still developing, Evans responded:

"It's not, no. No at the minute The Crow is not, not for me, I think it's a little… I mean I'm sure it's going to go ahead at some point, but I have other projects that are greenlit and ready to go and projects that I'm very interested in and you know, I can't wait much longer! [laughs]"

This supports what ComicBook.com reported yesterday when director Corin Hardy was chosen as F. Javier Gutiérrez's replacement. When Evans signed on to play Eric Draven in the Crow remake, Gutiérrez was still attached to direct. But, it looks like Evans may be dropping more for scheduling conflicts than creative ones.

The Crow, which would be based more on James O'Barr's graphic novels than the Brandon Lee-led film from the Nineties, has been gestating in development for some time now. It planned to begin shooting early next year, but Evans' potential departure could push that schedule back farther.

Luke Evans May No Longer Be In The Crow Remake