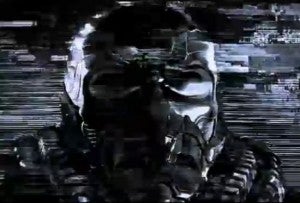 On Sunday Night, Warner Bros. released a static-filled video of General Zod issuing a warning to Earth on the official Man Of Steel website. Warner Bros. also aired a TV spot during the 2013 MTV Movie Awards.

While the video released online and the TV spot deliver essentially the same message, the TV spot actually has some additional footage that shows credits for the movie and the hashtag #manofsteel.

In this small bit of additional footage, there is also a clearer shot of General Zod's mask. We've embedded the video below. In the video, General Zod mentions that Kal-El has 24 hours to surrender. Many are taking this as indication that there will be an additional video released tonight.

Stan Lee's First Ever Webisode To Be Sold As NFT