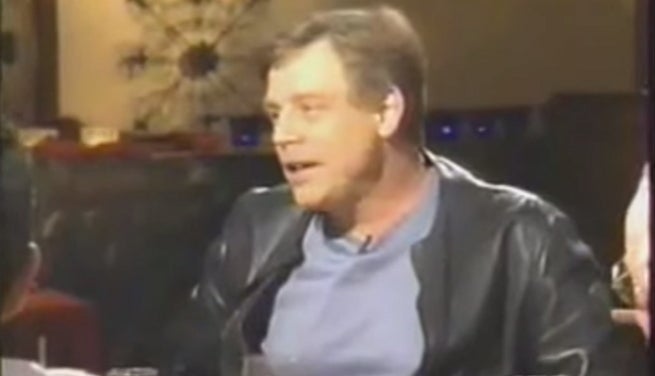 At this point, everybody knows that J.J. Abrams is helming a new installment of the Star Wars Saga with Episode VII. Mark Hamill is returning to his role as Luke Skywalker, and Kevin Smith is very exciting about the entire idea.

Turns out, eight years ago the three of them sat around a dinner table – surrounded by cameras – and talked about the Star Wars experience. It was part of Jon Favreau’s IFC television series Dinner for Five (via Inquisitir). Favreau, who would normally host, gave up his chair for special guest host Smith, who led a conversation with Hamill and Abrams, as well as Stan Lee and Jason Lee (no relation).

About 10:50 into the epsidoe, they start talking Star Wars. Abrams doesn’t have much to say, ignorant as he was at the time to the role he would play in Star Wars’ future and, instead, preoccupied with directing Mission Impossible 3. Meanwhile, Smith and Hamill discusses comparing the Original Trilogy to the Prequel Trilogy, and how controlling George Lucas could be.