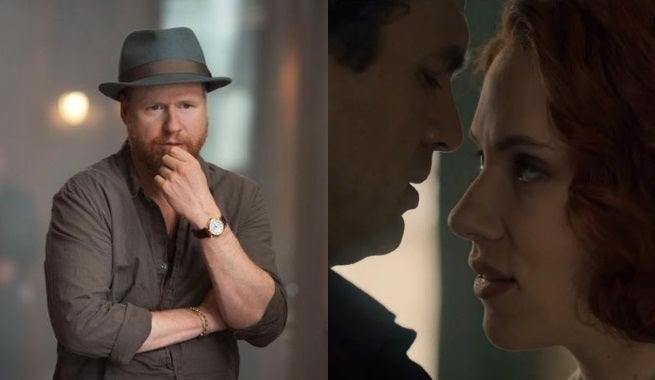 Avengers: Age of Ultron hit theaters last weekend and has been reviewed and criticized several times over. One of the biggest topics of discussion has been Black Widow's role in the film, which many feel undermined the strong female depiction of Natasha from the first Avengers and Captain America: The Winter Soldier.

One aspect of the Black Widow criticism comes from her romantic relationship with Bruce Banner. Some feel this storyline reduced Widow to a male character's love interest and damsel in need of saving.

Mark Ruffalo, the actor who plays Banner in the film, has already praised Whedon's work and expressed a different view of Bruce and Natasha's relationship. During an AMA on Reddit, Ruffalo went into a much more detailed defense of the Age of Ultron director:

I think it's sad. Because I know how Joss feels about women, and I know that he's made it a point to create strong female characters. I think part of the problem is that people are frustrated that they want to see more women, doing more things, in superhero movies, and because we don't have as many women as we should yet, they're very, very sensitive to every single storyline that comes up right now. But I think what's beautiful about what Joss did with Black Widow - I don't think he makes her any weaker, he just brings this idea of love to a superhero, and I think that's beautiful.

If anything, Black Widow is much stronger than Banner. She protects him. She does her job, and basically they begin to have a relationship as friends, and I think it's a misplaced anger. I think that what people might really be upset about is the fact that we need more superhuman women. The guys can do anything, they can have love affairs, they can be weak or strong and nobody raises an eyebrow. But when we do that with a woman, because there are so few storylines for women, we become hyper-critical of every single move that we make because there's not much else to compare it to.

So I know Joss really well. I know what his values are. And I think it's sad, because in a lot of ways, there haven't been as many champions in this universe as Joss isand will continue to be. And I know it hurts him. I know it's heavy on him. And the guy's one of the sweetest, best guys, and I know him - as far as any man can be a champion for women, he is that.

So it's been a little disheartening.

But I also see how much people love that aspect of it. There's an equal amount of people who find the love interest between Banner and Black Widow to be a big standout. And it's very satisfying to people. So it's a movie. People are going to have their opinions. And that's actually a great thing. The fact that this is a debate that's coming out of this movie is probably a positive thing.

I just don't think that people should get personal with Joss, because he really is - of anyone - an advocate for women. He's a deeply committed feminist.

Whedon left Twitter amidst a the barrage of criticism, though he clarified that he was by no means driven away by any group of people with any particular point of view, but left to better focus on his next writing project. It's also worth noting that the Banner relationship is only one of the sticking points fans have had with Black Widow's characterization in Age of Ultron, and not the entirety of it.

Avengers: Age of Ultron is now playing in theaters.

New Naruto Campaign Reimagines the Anime as a Fantasy AU

John Carpenter's The Thing Returning to Theaters for 40th Anniversary

Stranger Things Season 4 Review Roundup: What Did the Critics Think?