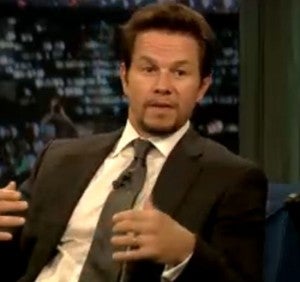 While filming Transformers 4 in Detroit, Mark Walhberg revealed, “They [his kids] came to the set. They were in the new Optimus Prime. It was the first time they were actually excited about me being in a movie, and they actually want to be in the movie, so I had to ask Michael Bay. I’m like, “Dude, can you put my kids in the movie?” So he gave them an impromptu audition…they’re all going to be in the movie.”

While Walhberg’s kids are excited about being in Transformers 4, Wahlberg also revealed his daughter wasn’t impressed by another one of his movies. When flipping channels, Wahlberg’s daughter came across his version of Planet of the Apes. Wahlberg said he tried to tell her it wasn’t him in the movie, because it wasn’t a good movie, but she insisted on watching. After five minutes into the movie, Wahlberg’s daughter said, “Daddy, those gorillas look so fake, turn this off.” However, his boys watched a DVD of the movie recently and did get into it.

Transformers 4 is scheduled to be released in movie theaters on June 27, 2014.