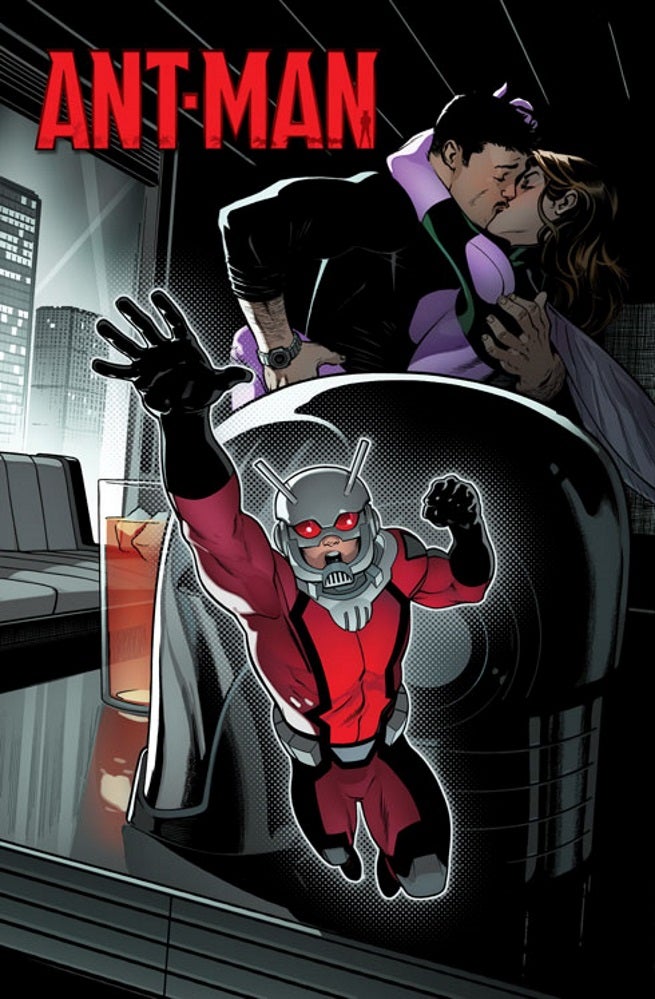 The cover is drawn by Ed McGuinness. Each individually numbered cover will feature Ant-Man at a different size, with no two covers having the hero at exactly the same size.

“This is completely unlike any cover we’ve ever attempted,” says Marvel SVP Sales & Marketing David Gabriel. “We’ve even had to utilize new technologies to make it happen. Each variant is completely unique. Each and every cover will feature a different sized Ant-Man. No two are identical!”

Ant-Man #1 is written by Nick Spencer and features interior art by Ramon Rosanas. The series sees Ant-Man, Scott Lang, moving to a new city and trying to give his superhero career a fresh start.

Ant-Man #1 will go on sale in January.